This is Fresno's 32nd homicide since the start of 2021.
KFSN
By Jessica Harrington 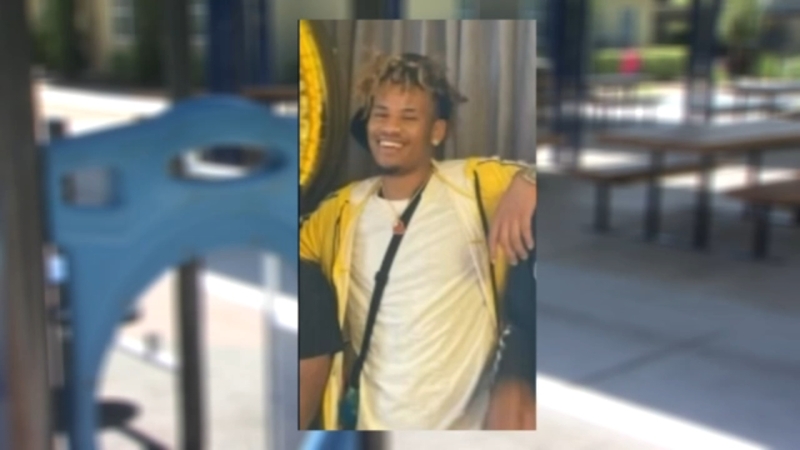 Officials have identified the victim as Kyrin Wright.

Investigators say Wright was standing in the parking lot when a man in all black shot him multiple times and then took off.

Wright was found on a playground inside of the Parc Grove Commons Apartment Complex near Clinton Avenue and Fresno Street.

He was rushed to the hospital where he later died.

"We have no information on what led up to this occurring," said Lt. Jordan Beckford Thursday evening.

Friends and family members did not want to go on camera Friday, but describe Wright as funny, always smiling and known for his sense of style.

A small memorial was set up for him near the playground where he was found.

A memorial has been set up at the apartment complex where a 19-year-old man was shot and killed last night. @ABC30 pic.twitter.com/ggbV98GcdP

Fresno police are still trying to track down the shooter as the city marks the 32nd homicide since the start of 2021.

Detectives are still trying to determine if the shooting was gang related, but Chief Paco Balderrama says that is the case for a high percentage of the city's homicides.

"So we have to focus on the gang members because that's driving our numbers up," said Balderrama.

The chief says despite this latest deadly shooting, violent crime has actually started to slow over the past month.

"We're not where we want to be yet, but I can tell you that the numbers are trending downward about 15% in the last 28 days for violent crime." Balderrama said.

He credits the changes the department has put in place such as asking officers to be more proactive and reassigning resources.

"We looked at like bike patrol, you know, in certain parts of the city and we put them back in a police car so they can, so we can, have more officers respond to crime. We reassigned K-9 units and motorcycle units back to the districts so they can be out there, they can be visible and they can respond when they can," said Balderrama.

Still, he acknowledges there is a long way to go to help residents feel safe.

"That's very, very positive but it's not time to take a victory lap," Balderrama said. "It's time to continue doing what we've been doing to lower violent crime."

He's asking people to call Crime Stoppers with information on any crime, including the shooting that left Wright dead Thursday night.