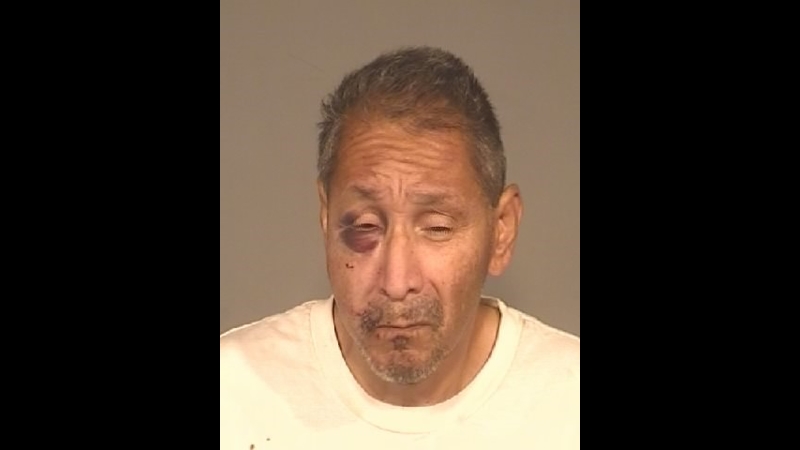 FRESNO, Calif. (KFSN) -- A 54-year-old man has been arrested and charged with murder and DUI, a day after he allegedly caused a fatal crash that killed a teenager in west Central Fresno.

The teenager, 16-year-old Dayvon Fletcher McCoy, was with a 14-year-old friend and was walking northbound on Valentine near Shields.

That was when he was struck by Albert Isaac Fimbrez's car and was killed on impact. His friend, the 14-year-old, suffered injuries.

Dozens of friends and family members are gathered at the scene where 16 year old Dayvon Fletcher McCoy was hit and killed by a car last night in west central Fresno.

While Fimbrez was under the legal limit of .08, he has a prior DUI conviction and was driving without a license.

It was just one of three deadly crashes from overnight involving pedestrians.

WATCH: Fresno Police give details about arrest after a 16-year-old boy is killed in crash


For Central Unified, the deadly crash is the tragic loss of yet another one of their own.

Central Unified was devastated to learn about the passing of Dayvon Fletcher McCoy, a 10th-grader at Central High-East campus. He will be missed by his friends, students, teachers and the community. We are providing grief counseling support at the high school for both students and staff. Our thoughts and prayers are with Dayvon's family.

While the cause of the crash is still under investigation, neighbors pointed out to us that trash is piling up along the streets, creating treacherous conditions for pedestrians.
"No lights, no sidewalks, and trash along the way. I wonder like, I don't know whose blame it was," said David Ramirez. "I don't think it's about that, but I think those issues something to consider."

Fresno Police say from what they can tell so far, the kids were not walking in the street.

"They were walking on the edge of the roadway, from what we can tell when the truck struck them," said Fresno Police Lt. Mike Brogdon.

"It is lit enough for a person driving a vehicle, should be able to see pedestrians coming up as you're driving," Brogdon added.

As for the mounting piles of trash on the side of the road, Brogdon says the sanitation department will be notified.

"As a result of this collision, and it will be up to them to make sure this
Report a correction or typo
Related topics:
fresnoduimurderfatal crashdui crash
Copyright © 2021 KFSN-TV. All Rights Reserved.
DUI CRASH
Man hospitalized after suspected DUI crash in SE Fresno, police say
Victim in SE Fresno suspected DUI crash saved baby in 2019
Former NFL player Henry Ruggs charges now include 2 more felonies
Driver slams into highway guard rail in southwest Fresno
TOP STORIES
Man shot multiple times at party in southwest Fresno
Cyber Monday 2021 deals shopping guide
Fauci says omicron variant will 'inevitably' arrive in US
Valley health officials bracing for arrival of new COVID-19 variant
Fresno police share tips for protecting your packages
Pedestrian hit and killed in Clovis
Is it ever too early to put up a Christmas tree?
Show More
Fresno Co. man accused of stabbing his mother, killing her boyfriend
Fresno State student killed in early morning crash on highway
Boy life-flighted after being shot in Tulare County, deputies say
1 killed, 1 hospitalized after stabbing in Auberry, deputies say
What is omicron? What to know about new COVID variant
More TOP STORIES News