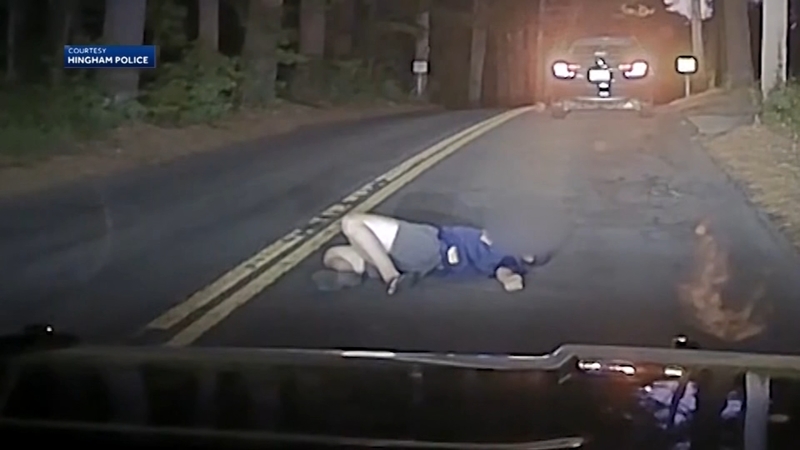 HINGHAM, Mass. -- Sobering dashcam video released by police shows a drunken teenager passed out in the middle of a road.

Police in Hingham, Mass., told WCVB that an Uber driver came across what he thought was an animal in the road around 4:30 a.m. on May 27. When he swerved to avoid it, he realized it was a person.

"Somebody sleeping on his back in the middle of the road! I think somebody is dead," the driver can be heard saying in the 911 call.

The driver then parked horizontally across the road to protect the teen from traffic and went to check on him, police said.

Police were able to wake the 18-year-old, who was home from college and had passed out drunk near a blind hill. It's not clear how long he had been there before the driver came along.