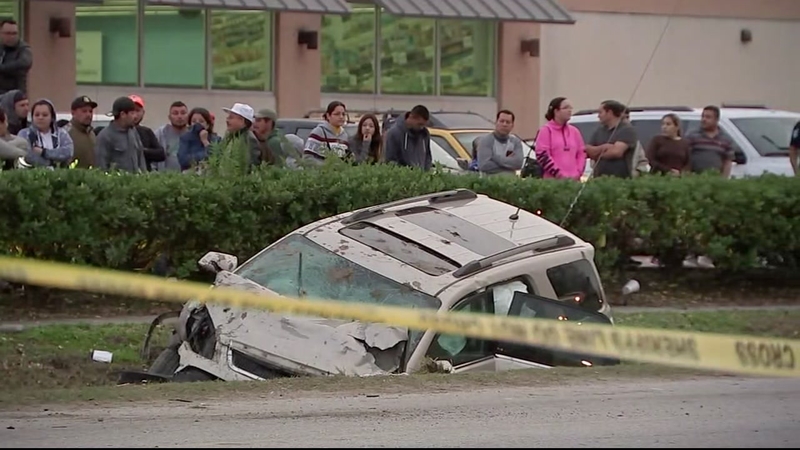 HOUSTON, Texas -- One of the teens at the center of a deadly egg-throwing prank has pleaded guilty to unauthorized use of a vehicle, sources say.

This is all connected to a crash that investigators say started because three teens were throwing eggs at cars.

Houston Police say the prank took a fatal turn back in January when Christopher Lopez, a driver whose car was damaged by the eggs, decided to chase after the teens.

During the chase, the teens ended up crashing into another vehicle, killing 45-year-old Silvia Zavala.

In a video of the incident, a GMC Acadia, driven by the 14-year-old, runs through a red light and smashes into a Ford F-150 driven by Zavala.

The 14-year-old, who was not identified due to age, is expected to testify against Lopez, who faces charges in the case.