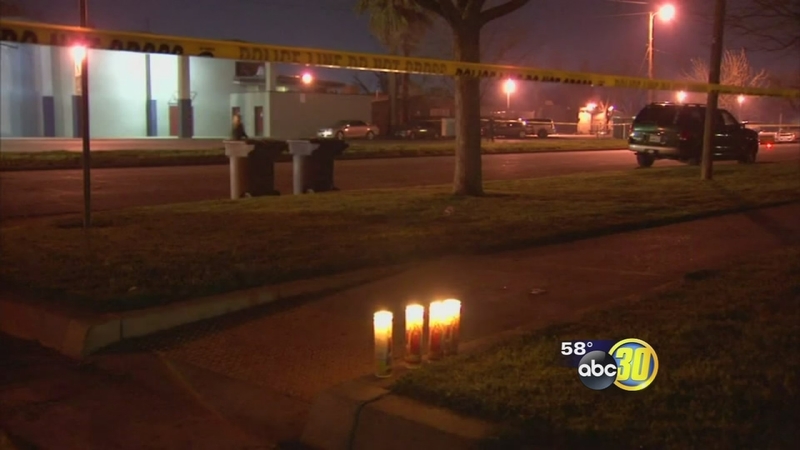 MERCED, Calif. (KFSN) -- A teenage boy was found shot to death at a Merced school on Sunday night. The young victim was found lying in the parking lot of Tenaya Middle School with multiple gunshot wounds. It happened just before 7 p.m. near N and 7th streets.

When Merced police officers arrived at the school, all they found was the teenager's body, so they believe he could've been alone and on foot. Detectives spent the night collecting evidence. As far as a suspect, investigators don't have any leads yet.

"We're getting a couple of vague descriptions. You know we're being told some individuals were on foot. We're also told that there was a car leaving this area at a high rate of speed," said Sgt. Scott Skinner with the Merced Police Department.

Investigators are working with school officials at the middle school to see if there is any surveillance video that could help them make an arrest.

This is the fifth homicide this year in the city of Merced.