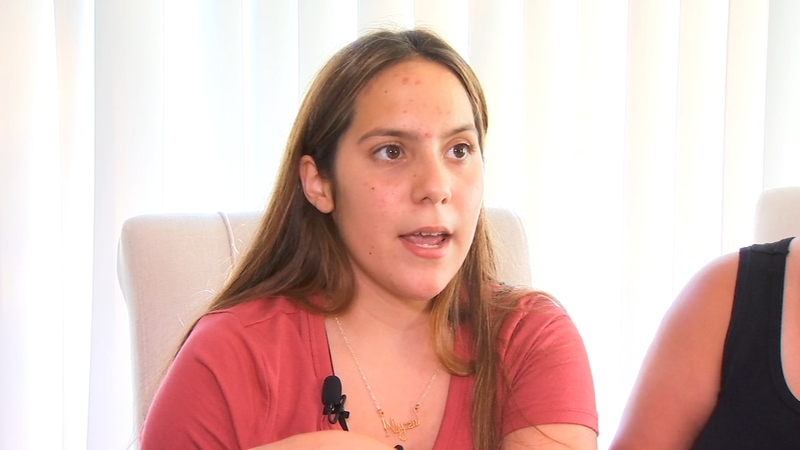 ATWATER, Calif. (KFSN) -- An Atwater's teens walk to a cross country practice turned into a frightening run for help.

It was her quick thinking that got her to safety.

She now wants to make sure her fellow peers are ready in case they're ever in the same scary situation.

"I knew that if anything were to happen, there'd be witnesses," said Elyza Mcfadden.

Mcfadden is getting ready to start as a freshman at Buhach Colony High School.

She was walking to the campus for cross country practice Tuesday morning along Almador Terrace and East Clinton when she noticed a car slowly driving past her, until he stopped in the middle of the street.

"I noticed he was completely stopped...I just saw him staring back at me. So I thought I would go close near someone," she said.

That's when Elyza quickly spotted a neighbor outside and ran to him while calling her mother.

"It was terrifying. She called me during the center of all of it...so getting that initial phone call..my stomach fell to the floor," the teen's mother said.

Elyza ran home, and her mother filed a police report.

The high school later released an alert to parents letting them know of the incident, "It's a great reminder for parents to talk to their children about some safety tips."

The Mcfadden family did everything right, and they're encouraging other parents to create a safety plan with their children.

"Be prepared, and be aware of your surroundings,"

"Walk in a bigger crowd, walk with a group,"

Atwater Chief Michael Salvadore says with the start of several area schools Wednesday, they'll be out in full force.

"In this particular case, we'll be paying attention to that impact area to make sure we have a visible presence," Salvadore said.

The suspect is described as a heavyset man with dirty blonde hair and a red beard driving a silver Lincoln style sedan.