Teens with weapons accused of rushing grandmother in car 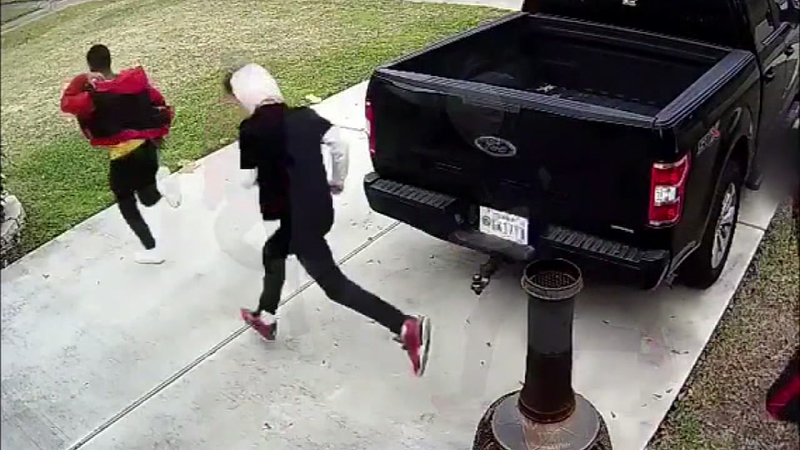 A grandmother says these 4 teens cut her off & charged her car with crowbars.

HOUSTON, Texas -- A grandmother and her granddaughter barely avoided a terrifying encounter on the road that landed four teens behind bars.

The victim, who requested anonymity out of fear, says the four teens followed her and her 8-year-old granddaughter on Saturday afternoon.

They were driving reckless so she tried to pull to the side. That's when they jumped out and attacked.

"All four doors flew open and bodies came out, and they had weapons in their hands and were covered. I knew instantly this wasn't good," the 56-year-old victim told ABC13 Eyewitness News.

TERRIFYING ENCOUNTER: A grandmother says these 4 teens cut her off & charged her car with crowbars. Her granddaughter was in the back seat. “I wasn’t going to let them get at her.” At 10-the other violent crime they’re tied to. #abc13 pic.twitter.com/dgLWA4NEOr

She sped off, blaring her horn. Within an hour, the vehicle the teens were in had crashed nearby. A neighbor's security video shows them fleeing the scene.

Deputies with the Harris County Precinct 4 Constable's Office tracked them down and arrested Roger Jones, 17, and three juveniles. Jones is charged with attempted robbery and aggravated robbery with a deadly weapon. The van they were in was stolen at gunpoint the day before.