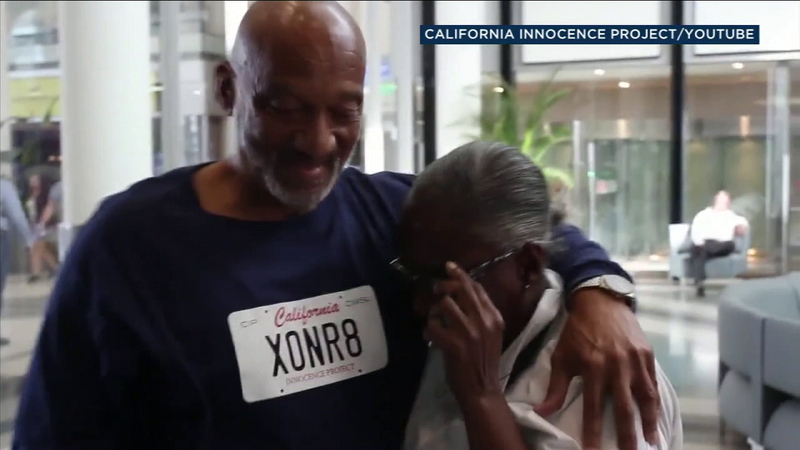 IE man exonerated after being wrongfully imprisoned for murder

RIVERSIDE, Calif. -- After serving more than two decades behind bars, a man who was convicted of a 1998 murder that he did not commit has been released from state prison.

The California Innocence Project has worked on the case for nearly 15 years.

The Riverside County District Attorney's Office received the results of newly tested DNA evidence and has dropped all charges against 60-year-old Horace Roberts.

"What happened to Mr. Roberts is an absolute tragedy and travesty," said District Attorney Mike Hestrin, whose Conviction Review Committee agreed to reopen the case several months ago.

The victim in the case was Terry Cheek, whose body was discovered along Temescal Canyon Road near Corona Lake in April 1998. Her connection to Roberts was twofold: not only were they coworkers, but they were also having an affair.

"This case is the classic murder case, where you have a husband, wife and a lover," said Justin Brooks, director of the Innocence Project. "The wife ends up dead, and there's two obvious suspects: Is it the husband or the lover?"

A key piece of evidence in the case was Roberts' vehicle, which was found not far from the body. But the California Innocence Project said the focus of the case should have been on the victim's husband, not Roberts.

Hestrin said his office decided to drop the charges after DNA collected at the scene of the crime not only demonstrably proved Roberts innocent, but also linked two other suspects. On Friday, authorities arrested the victim's ex-husband Googie Rene Harris, 62, and the victim's nephew through marriage, Joaquin Leal, 52. Both are charged with murder.

Roberts was released from state prison last week and is living with family members on the East Coast. He is entitled to restitution of $150 per day for each day he served in prison.