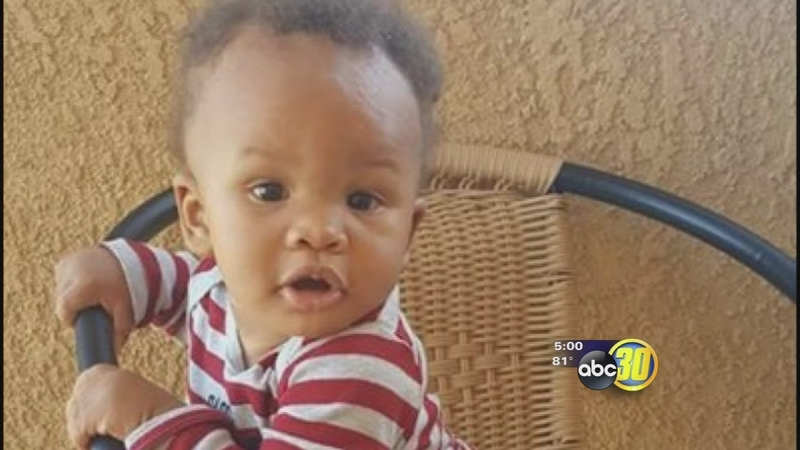 FRESNO, Calif. (KFSN) -- The Fresno child who died when he was left in a hot car on Tuesday has been identified as Terrell Ayers, Junior.

Ayers had just reached the age where he was ready to take off. In pictures, he was mostly on his back, but at 11-months-old, he was starting to get up off the floor and walk.

To his parents, he was perfect in just about every way.

"We were just talking about him upstairs and they were saying how he was unexpected, he was always surprising them and he was the best baby. They were sharing how he never cried," said Jamaica Wilson, victim's Aunt.

Police found Ayers inside a hot car where they said he had been left for more than an hour.

Ayers is the first child to die from vehicular heatstroke in California this year. Experts said kids under four are especially vulnerable-- and even though it was only about 75 degrees at the time, the greenhouse effect makes a car extremely dangerous.

Ayers' grandmother was so overcome with grief when she found out what she'd done, paramedics had to take her away from her apartment complex. His father, who is an elder at his church, quoted the book of Matthew to me, saying God asked Peter to forgive his brother 70 times seven times.

Family members said they're getting through this on faith, and they have no interest in vengeance or punishment.

"This is a tragic situation. Blame doesn't help anyone. It's just really important to forgive and be loving," said Wilson.

Terrell is the first in California but the 39th child in America to die from vehicular heatstroke this year. Those numbers haven't really gone down over the years, even as experts raise awareness, but they say at least the number of saves is going up.