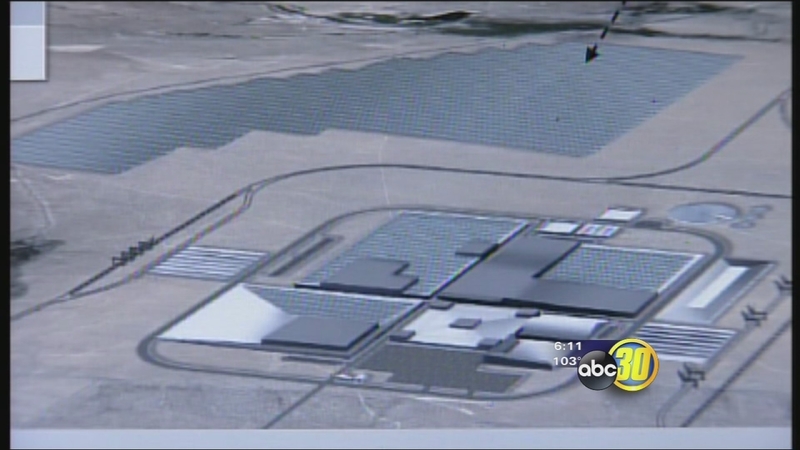 MERCED COUNTY, Calif. (KFSN) -- California is competing for a massive Tesla battery factory that could create more than 6,000 jobs, and one Valley city is being touted as a prime location.

The competition is heating up to get the $5 billion battery factory, which could have a huge impact on the economy. California is one of five states that's reportedly in the running for the new factory. One state assembly member is pushing to have it built about 40 miles northwest of Merced.

Tesla is a California born company that specializes in luxury electric vehicles. But now the automaker is taking steps to mass produce a more affordable option. That includes building a 10 million square foot battery factory for lithium ion cells to power all those cars. But the question is, where will the so called 'gigafactory' be built?

"I've delivered a letter to the governor's office and to Tesla indicating that we have shovel ready lots ready to go," State Assemblyman Adam Gray said. "Both the local government and myself are prepared to do whatever we need to do to help create that investment in jobs and in the industry in the Central Valley."

Gray is pushing for Patterson City in Stanislaus County. The city has recently opened a one million square foot Amazon fulfillment center and other large industrial buildings, and it still has plenty of space available along Interstate Five.

"We're becoming a regional employment center just with these facilities that are already open," Patterson City Manager Rod Butler said. "So we have people driving from Turlock, Modesto, Tracy, Merced, Atwater to work here in Patterson, and a huge employer like a Tesla plant would be another opportunity for us to bring jobs and workers into our community."

But many other cities and states are also fighting for the 6,500 jobs. Nevada, Arizona, New Mexico, and Texas are considered finalists. Still California lawmakers say it's only right for the company to be loyal to the place that has helped it thrive through a variety of tax breaks and other support for green businesses.

"We've helped the industry grow," Gray said. "The industry should stay here and help us."

The automaker is in the process of opening a smaller facility in the San Joaquin county of Lathrop, but has not revealed many details about it. Stockton resident Troy Lawson has been keeping an eye on the progress.

"I was cruising down the freeway and saw all these cars," Lawson said. "It's more cars than I normally see when I make my commute to Tracy looking for work."

Lawson says he's hoping to land a job with the company and one day afford a Tesla of his own.