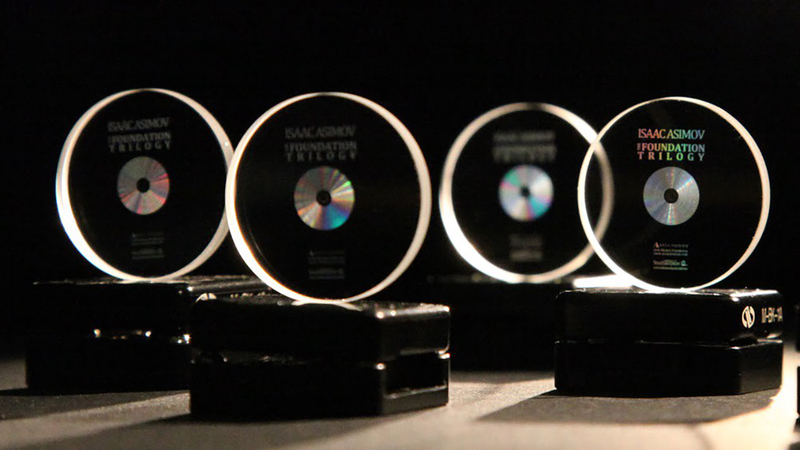 CAPE CANAVERAL, Fla. -- As if this week's launch of a test dummy-piloted Tesla into space wasn't novel enough, there was another surprise hidden in the payload: a small library that will now orbit the Sun for millions of years.

The science-fiction trilogy follows mathematician Hari Seldon as he assembles a coalition of thinkers to preserve humankind's knowledge before a "dark age of ignorance, barbarism, and warfare that will last thirty thousand years."

According to the foundation, it's the first of multiple planned Arch libraries intended to "preserve and disseminate humanity's knowledge across time and space for the benefit of future generations." When all is said and done, Arch Mission Foundation hopes to create a ring of knowledge orbiting the Sun.

"This will back up our civilization for eternity in a manner that will make it impossible to ever be lost or not rediscovered, and that will also make it impossible for anyone in the future who does find it to hoard the knowledge. The Arch libraries will be in too many locations for anyone to control access to them," the foundation wrote.

The library was created using 5D optical storage in quartz, a technology developed by Dr. Peter Kazansky and a team at the University of Southampton Optoelectronics Research Centre. It will orbit the Sun within the asteroid belt and is not expected to impact any other planetary bodies for millions of years.