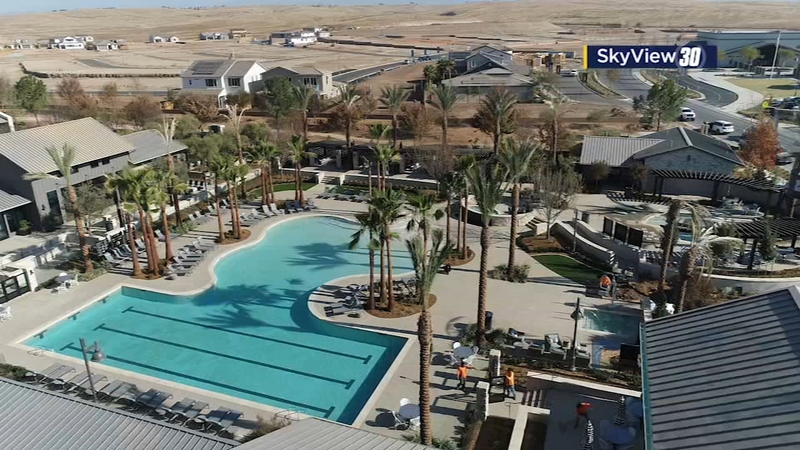 Resort-style pool to open at Tesoro Viejo in Madera County

"Also lowering the pool so that your first impression is this magnificent pool with the beachfront entry," said Tesoro Viejo construction President Ash Knowlton.

Knowlton gave us an early look at the pool ahead of its grand opening Saturday.

A beachfront pool, lap pool, two spas, and a children's water play area have been included.

Several private rooms and cabanas line the outside of the clubhouse with space to entertain and relax.

It took one year of construction to build the 12,000 square foot building, which is for homeowners.

"They can vacation here and the homeowners I've given a walkthrough have been very excited," Knowlton said.

The pool will be open in November.

Tesoro Viejo broke ground two years ago and is celebrating its one year anniversary since opening.

Two parks and an amphitheater have been built for the community.

"The school children have a track team. They have robotics, a music band that they've started," Vice president Karen McCaffrey said.

About 25 residents have purchased homes and Tesoro Viejo has been approved for up to 5,190 homes.

More will be able to move-in by the end of the year and 200 more next year.

McCaffrey says they have big plans for a place where people can live and recreate.

"We have been contacted by several businesses. We think we will be starting soon. A brewery and a business park. We have offices and tenants approaching us," McCaffrey said.

Five neighborhoods are being built by three builders and model homes are under construction.