Arson dog set to retire from Fresno Fire after 8 years 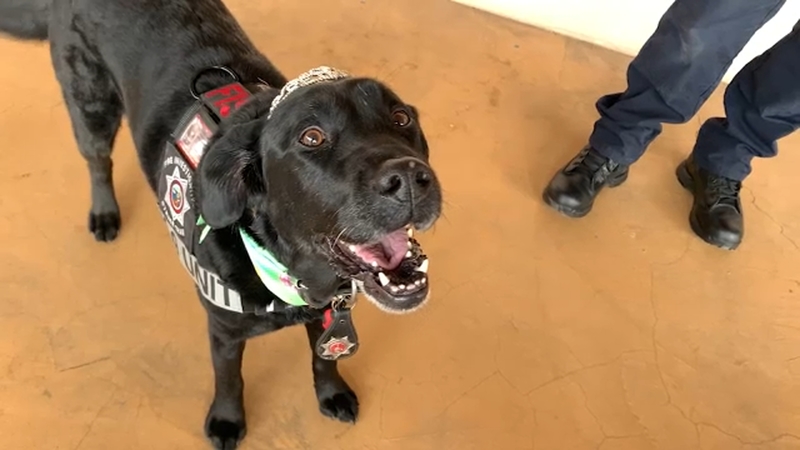 Arson dog set to retire from Fresno Fire after 8 years

FRESNO, Calif. (KFSN) -- Where there's smoke, chances are you'll see this four-legged fire investigator on scene. But this time, the smoke is coming from the grill.

This ignitable liquid detection K9, better known to her TikTok and Instagram followers as "Arson Dog Tessa," is ready for retirement after eight years with the Fresno Fire department.


Tessa's Handler, Fresno Fire investigator Lee Wilding says she's no different than a drug or bomb sniffing dog -- trained to detect carbon based fuels including but not limited to gas, lighter fluid, diesel fuel and kerosene.

"She's really more or less my partner and there is a very strong bond because she only eats out of my hand," he said.

Wilding says every day is a training opportunity, but their partnership started with an intense five-week course in Maine.

He says, "If she smells an ignitable liquid, she'll make an alert and point to the location where the smell is coming from with her nose, at which point, we'll collect a sample and send it to the lab."

He says, "Once she's imprinted, we begin training -- how to do search patterns, how to look for them, how to do the appropriate alert system."


But don't think it's all work and no play.

"She gets to eat when she finds it. It's really like a game of hide and seek with your dog," said Wilding.

Throughout her career, Tessa has responded to 249 high-profile fires across the Central Valley -- 135 of those were arsons.

Of the 26 fatal fires she was on, four were homicides -- her evidence collecting led to three arrests.

Come next week, Tessa will enjoy the perks of retiremen. filled with belly rubs, treats and maybe even a hot dog for the first time.