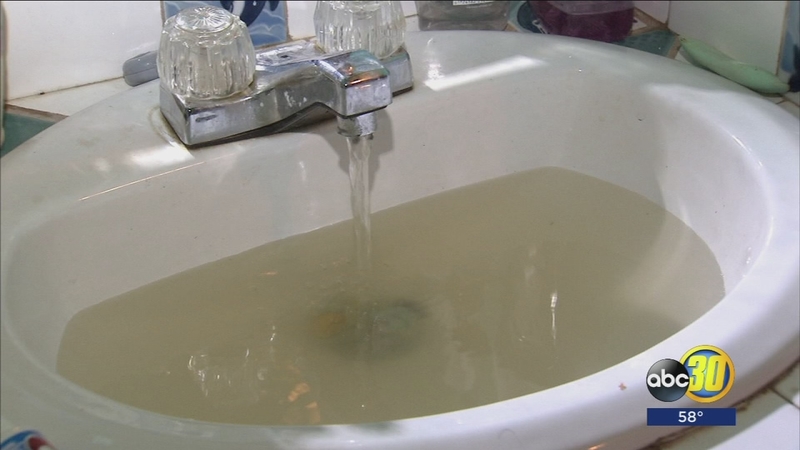 EMBED <>More Videos
FRESNO, Calif. (KFSN) -- Teviston residents are being forced to find alternatives to using their discolored water for the foreseeable future.

Frustrated residents in Teviston claim their living conditions are inhumane and voiced that sentiment at a heated community meeting Friday night, while city and state officials listened to their concerns.

130 residents who receive their water from wells are now seeing brown water come out of their faucets because a collapsed well is causing dirt to leak into their running water.

"I can't bathe my baby, he was born eight months can't be showered with that water," said Cecilia Zepeda.

State officials released an alert to residents this week telling them not to use their running water for eating and drinking. And when asked how they are supposed to shower, they're advising people to consult with their doctor beforehand.

So now they are left wondering how to bathe when a combination of water and dirt is coming out of their showerheads.

After the water was tested, lab results showed there were no bacteria in the water Thursday and Friday, but that could change.

Senior Sanitary Engineer of the State Water Resources Control Board, Chad Fischer said, "Which is what we are worried about in a situation like this but with this situation it's a bit transient we know it could fail further."

The small community in Teviston is now getting emergency funding from the state and are receiving bottled water to get by in the meantime but community members say the amount of water they are receiving to get by equals a half a gallon of water, per person, per day and residents say that is just not enough.

And when worried residents of Teviston asked when this problem will be fixed no answer could be given.