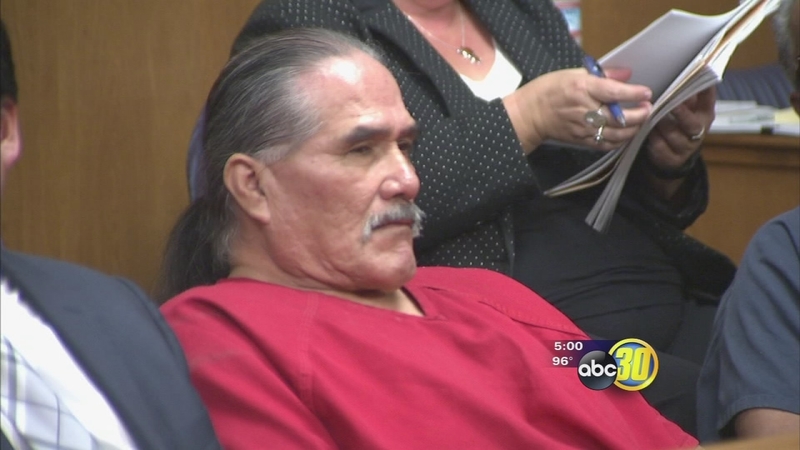 FRESNO, Calif. (KFSN) -- A former Chukchansi tribal leader has been sentenced to 16 months in jail after reaching a deal with prosecutors.

Tex McDonald had faced 27 counts for his role in an armed takeover of the casino. But on Friday, he goes free because the judge gave him credit for time already served. McDonald is 65-years-old and has spent 9 months in jail because of his prior criminal history and the initial felony charges, he was eligible for life in prison. But, the plea deal will make him a free man for independence day.

Tex McDonald received a sentence he expected Thursday, but one his attorney says brought him great relief. The Madera County District Attorney says he read the case and determined one felony count of false imprisonment was appropriate.

"I felt we can work an agreeable deal where the people would be safe, where people could go onto the Indian property and be safe, and where the rule of law would prevail. That was my goal," said David Linn, Madera County District Attorney.

McDonald faced up to life in prison if charged with the original counts that included assault and kidnapping. He also had two prior strikes on his criminal record.

The district attorney and the judge decided to dismiss the strike enhancements.

"The strikes occurred a significant time ago. He appeared to have rehabilitated himself and I didn't think it was justice putting him in jail for the rest of his life," said Linn.

Court records allege McDonald was armed when he and others attempted a casino takeover last October to seize financial records.

To date, 10 defendants arrested have resolved their cases. Only four remain. McDonald's attorney said his client considered all of his options, and his age, before deciding to accept this offer. "We could have fought this, and I feel relatively confident that we had a shot of actually prevailing, but that would mean Tex is in custody for probably at least another year," said Antonio Alvarez, Tex McDonald's Attorney.