A neighbor says he saw the lights turned on in Thaddeus Sran's home two or three times at night.
KFSN 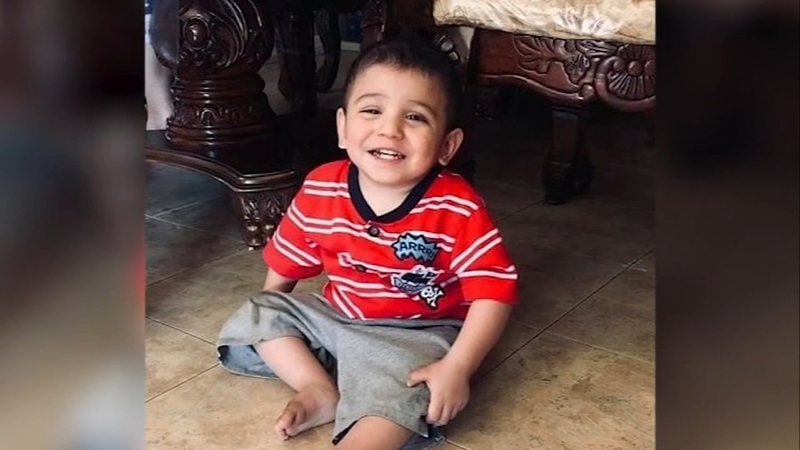 MADERA, Calif. (KFSN) -- Fliers of a missing child are posted throughout a Madera neighborhood near 13 and C streets.

The boy pictured is 2-year-old Thaddeus Sran who was reported missing last Wednesday.

Since his disappearance, several law enforcement agencies and community members have searched every inch of the neighborhood.

But the search of that area came to a close Friday leaving residents with more questions than answers.

"I don't think they found anything because up until today, they stopped searching for him here," said Ermelanto Espinoza, who lives next door to the home where Thaddeus was reported missing.

Espinoza told Action News in Spanish the family moved in about two weeks ago.

He said he never heard or saw the little boy or his mother and only met her after the disappearance.

"It's all strange," he said "I don't think the boy was ever here. I think the alleged abduction was elsewhere because I never saw anything."

According to investigators, the toddler's parents explained they went to bed around 10 at night and when they awoke at 8 in the morning he was gone.

Espinoza, who gets up for work at three in the morning, says he didn't hear anything overnight and adds someone must have been awake in the home around the same time.

"When I was going to work, the lights inside were turned on two or three times," he said "Maybe he was sleeping, but someone was up."

The Sran family is offering a $5,000 reward for information leading to Thaddeus.

Madera Police were not available for comment on Monday, but said over the phone they have received community tips, but some of them haven't turned out to be much.