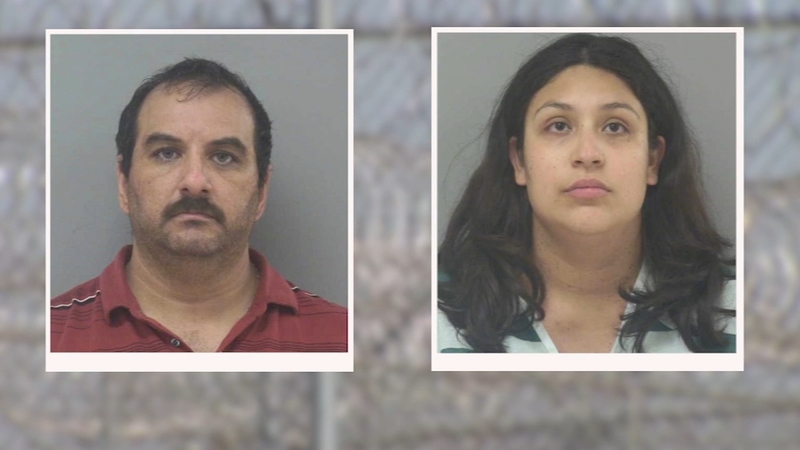 FRESNO, Calif. (KFSN) -- Sukhjinder and Briseida Sran faced a judge over a video feed from jail for a second straight day on Wednesday.

This time, defense attorney Roger Nuttall entered a plea of not guilty to charges of murder and assault on a child causing death. District Attorney Sally Moreno explains the move is standard practice this early in the court process.

She says, "It's absolutely automatic at this time almost for people to enter a not guilty plea. It doesn't have any impact on whether later those pleas will change. At this point, that's the safest thing for them to do while their attorney gets a grasp on the information and is able to evaluate it."

Prosecutors are also continuing to evaluate documents they've received from police since Thaddeus Sran was reported missing on July 15.

Authorities found the remains of a toddler believed to be the two-year-old more than a week later in an orchard west of the city.

Moreno does not expect the autopsy results to be very revealing because the body was burned, but she says other evidence could provide more insight.

"We're still waiting for returns from some scientific information. We have some Department of Justice analysis that's out. We're still doing some deep dives into cell phones to look for supporting information and supporting evidence from there," says Moreno.

Meanwhile, the case continues to grip the community, with growing memorials and tearful vigils held over the past several days.

RELATED: Madera mothers join together to fight for justice for 2-year-old Thaddeus Sran

Despite the emotion and calls for justice, Moreno is not concerned about the trial later being moved out of the county.

She says, "It's very early to think about that. And I will say that's a very high standard. So obviously we think the case will best be tried here. If there's a motion like that in the future, we'll make our best determination based on the facts at that time."

Action News reached out to the Srans' attorney for comment but did not receive a response. The couple is scheduled to be back in court for a pre-preliminary hearing and bail review on August 5.