'The Bachelorette' returns as Katie Thurston looks for love 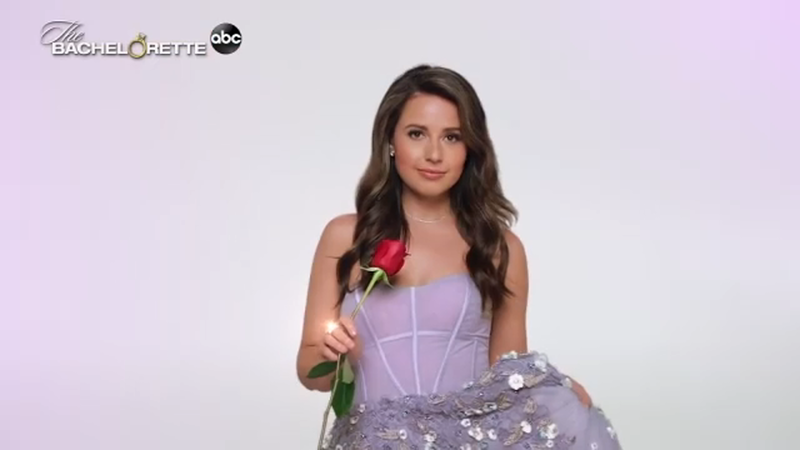 'The Bachelorette' returns as Katie Thurston looks for love

"The Bachelorette" is back and 30 men will compete with each other to win the heart of Katie Thurston, who was a contestant on the last season of "The Bachelor."

With filming now complete, mum's the word when it comes to revealing if she's engaged. So, there are no spoilers below, but you will get to know Katie a little better.

She's been called "outspoken," "funny," and "frank" -- qualities that millions of fans came to know when Katie appeared as a contestant on "The Bachelor" before Matt James sent her home.

"When I was on Matt's season, I was just focused on Matt," she said. "I didn't really care about anyone else's opinions or feelings. Being 'The Bachelorette,' I have 30 men, and I care about each and every one of them, and that's emotionally exhausting."

Thurston, who works in marketing for a bank in the Seattle area, is a social media star with 598,000+ followers on Instagram.

On TikTok, she's become famous for what's known as sex positivity, which she defines as, "just being comfortable with your sexuality and talking about sex. I think for some women it's very taboo and off-limits but it is 2021. Let's own it, and let's talk about it."

Here's the 1st look at the "Bachelorette" cast for Katie's season.

Her season is the first without Chris Harrison. He stepped aside after remarks that were considered racially insensitive. He was replaced by two former contestants: Tayshia Adams and Kaitlyn Bristowe.

After she turned 30 in January, Katie wrote on Instagram: "I followed 'the rules' of life. Get the career. Save the money. Start that 401k. Buy the house. And for what? An entire decade to pass without feeling fulfilled?"

So now that filming has wrapped, Sandy Kenyon asked Thurston if she now feels more fulfilled after finishing the season as "The Bachelorette."

Katie replied that the show, "definitely lit this fire in my life, you know I've come across so many great people...and I feel like I have a purpose."

Thurston urges everyone in Bachelor Nation who wishes to comment to, "stay kind," because she can relate to the challenges faced by the guys because she "remembers being on their side of the journey."