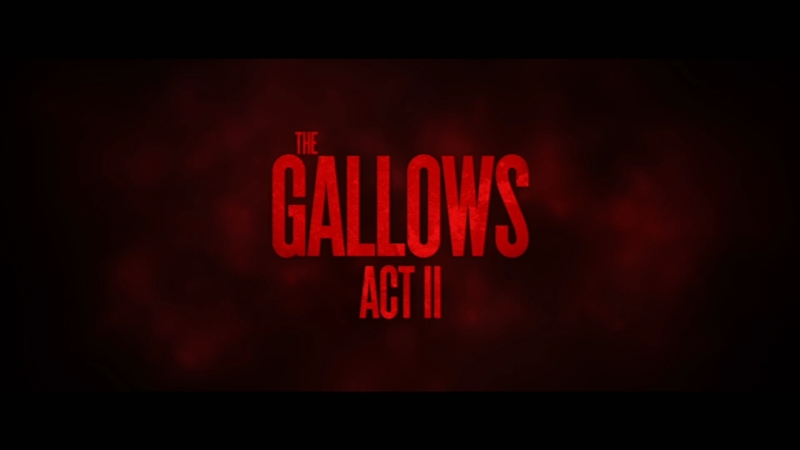 CLOVIS, Calif. (KFSN) -- A Central Valley production company is getting ready to release their movie, "The Gallows Act II."

Travis Cluff and Chris Lofing with Tremendum Pictures are excited to finally release the sequel.

"It's great to think we have a franchise it's pretty incredible," Cluff said.

The movie is centered around a character named Auna Rue. She is a teenage vlogger and aspiring actress who logs onto a sinister website. She is soon trapped in the malevolent world of a curse stage play, "The Gallows."

After performing a passage from the play, her tiny online fan base, she instantly achieves the stardom she seeks as well as a twisted challenge from a deadly spirit, The Hangman.

"The sequel also expands "The Gallows" universe a little bit, it involves more characters. It's a little bit of a bigger scope," Lofing said. "It's not just a small group of kids in their high school. It's a little bit bigger than that. Once you see the film you will get a sense of what I'm talking about."

The movie is shot a little differently than the first one.
"It's better for us because it was shot cinematically. It wasn't found footage," Cluff said. "The first movie was found footage or first-person camera viewer but the second movie is not. It's not a regular movie. So people who aren't fans of the shaky cam kind of look and feel will enjoy this one because it's more traditional".

People will also notice some of their filming locations.

Cluff and Lofing said it's important for them to continue filming in the Central Valley.

The budget for the sequel wasn't much more than the first movie, which was right around $100,000.

The filmmakers plan on holding a special event at Maya Cinemas before the actual release.

People can buy tickets to watch the movie by clicking here.