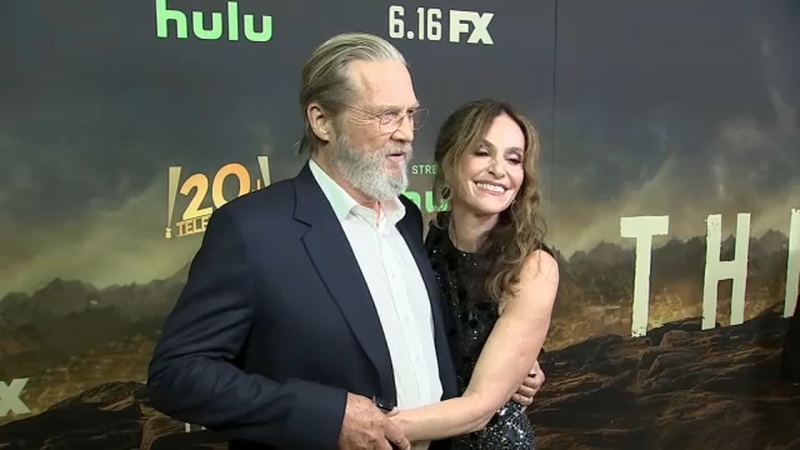 NEW YORK CITY -- Call it clash of the titans. Two of Hollywood's best actors square off as former colleagues who must now be adversaries in a new limited series called "The Old Man."

Amy Breneman joins them as the former agent's companion.

At the Museum of Modern Art on Tuesday night, those involved with the tense drama were all all smiles at the premiere of the project that debuts Thursday on FX and runs the following day on Hulu.

Bridges seemed the picture of health, but the star was diagnosed with lymphoma during filming and then got a bad case of COVID-19 at his cancer treatment facility.

He barely survived and told Eyewitness News he "was close to dying a few times," but he managed to return after two years to finish playing "The Old Man," a former agent who finds out that his past actions have severe consequences in the present.

"He was willing to do anything and now this is what that willingness turns out to cause," Bridges said.

"They did the wrong thing for the right reasons," Lithgow said. "They were the best intentions in the world, and that mix, that crazy mixture of good and bad behavior is kind of what drives the story of the whole series."