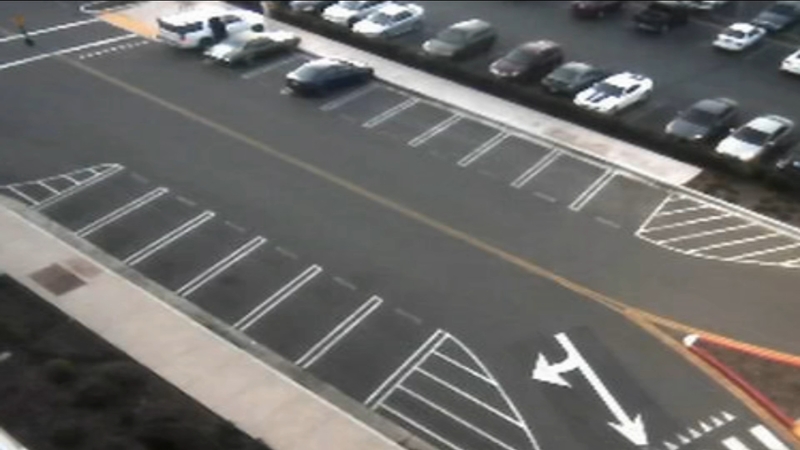 FRESNO, Calif. (KFSN) -- A car owner is hoping his distinctive ride will be recognized after it was stolen in broad daylight from a busy northeast Fresno shopping center.

Surveillance video from early Saturday evening shows a busy Dave & Busters parking lot, but if you look closely you can find car thieves in the act.

Action News spoke with one of the undercover officers working the case.

"They were pretty brave to do what they do. It was daylight," the officer said.

The car they steal isn't just any car - it's a green 1970 Chevrolet Chevelle.

The timestamp on the video shows the suspect's car - a white GMC Yukon - first appears just after 4.30 p.m.

Someone gets out, checks out the classic. Then leaves.

Ten minutes later, they're back - the parking lot still filled with both foot and vehicle traffic.

"I think that's why they circled the parking lot a few times, parked next to it, checked it out and came back later," the undercover officer said.

After coming back a third time without license plates, a passenger exits the rear door of the Yukon, ducks down and hops in the classic car.

"Because there was broken glass on the ground, we believe they broke the window to gain entry, but how they stole it we don't know until we recover it," the officer said.

The shopping center typically has security guards. It's unclear whether they were working at the time.

Fresno police are now working with Los Angeles Police because they say a lot of these cars end up in southern California.

However, they report few "classic cars" are ever stolen in the city of Fresno.

"We're down to 2,332 cars for the city of Fresno, which is really a record low," the officer said.