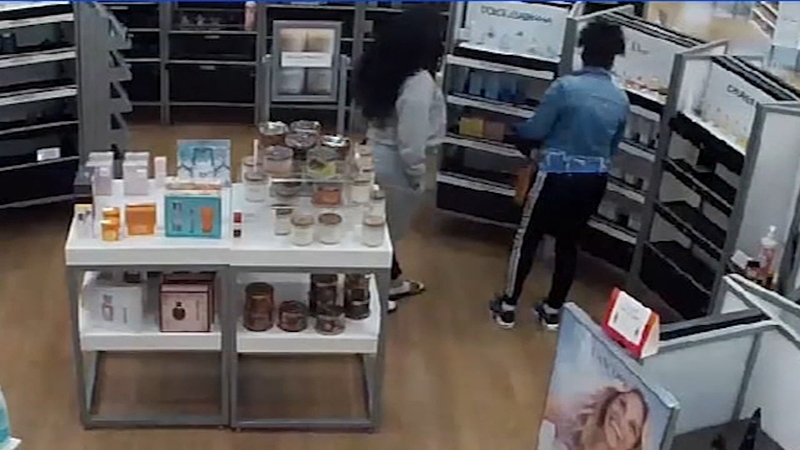 Thieves steal $6,000 worth of items from local Ulta Beauty stores

FRESNO, Calif. (KFSN) -- Three popular businesses in Fresno were targeted by thieves in a matter of minutes on Tuesday night.

The two women believed to be behind the grand theft got away from officers after stealing thousands of dollars worth of items.

Fresno police nearly caught them after they stole more than $4,000 in merchandise from the Ulta Beauty near Blackstone and Nees around 6:40 pm.

Officers tried to go after their Silver Kia as they drove off but were forced to call off the pursuit because they didn't have enough resources.

During the investigation, police learned the same women also stole $2,000 worth of items from the Ulta Beauty on Herndon near Highway 99 just 30 minutes earlier.

The same suspects could also be connected with a grand theft at Victoria's Secret at Fashion Fair, which happened just minutes before both Ulta robberies.

In that theft, $8,000 worth of items were stolen from that store.
Report a correction or typo
Related topics:
fresnocrimetheftfresno's fashion fair mallriver parkbusinessrobberyshopping
Copyright © 2021 KFSN-TV. All Rights Reserved.
CRIME