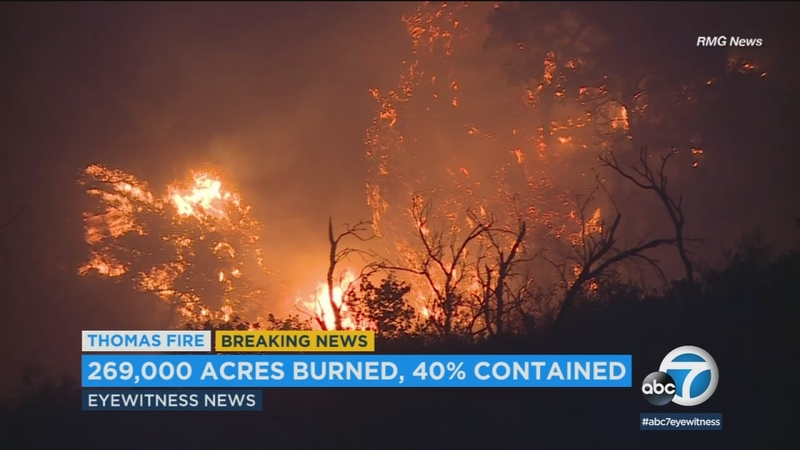 Mandatory evacuation orders remained in place for the foothill areas of Carpinteria, Montecito and Santa Barbara, as some 8,500 firefighters continued to battle the third-largest wildfire in California's history.

About 18,000 structures remain threatened by wind-driven flames, which have destroyed 1,020 structures and damaged 242 others, according to Cal Fire. Among the razed structures were 756 homes.

In Montecito, where several multimillion-dollar homes have burned, firefighters on Sunday were contending with powerful Santa Ana winds that at times prevented helicopters from making water drops.

"If you hold the compass up, it burned north to south, right down the canyons -- Romero, Cold Spring Canyon -- and it burned in and around a number of homes," said Capt. Steve Concialdi of the Orange County Fire Authority, one of many agencies involved in the firefight.

The cost of battling the inferno, which began on Dec. 4, has reached at least $110,286,500, Cal Fire said. Officials do not expect full containment of the fire until Jan. 7.