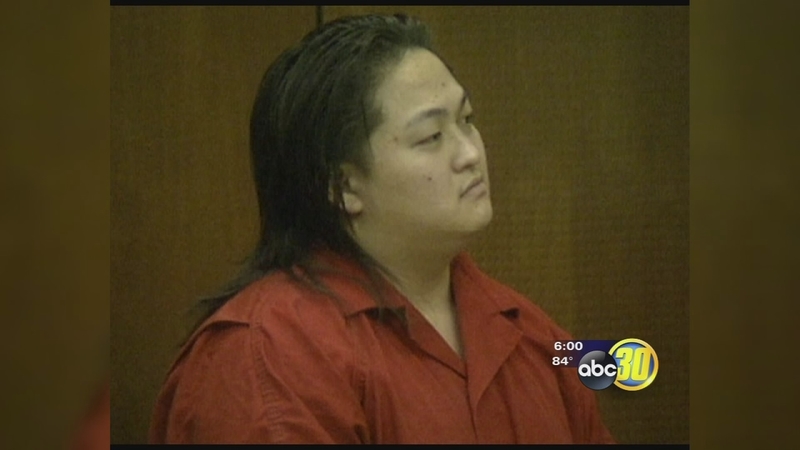 FRESNO, Calif. (KFSN) -- The suspect in the shooting of two Fresno County correctional officers was involved in one of Fresno's most notorious crimes.

Thong Vang faces two counts of attempted murder along with other charges in Saturdays shooting. Vang was one of more than a dozen men arrested in connection with the abduction rape of three teenage Clovis girls in 1998.

He was sentenced to 19 years in prison and served 16 years and was released two years ago. He's being held in the jail on two counts of attempted murder and other charges.

Vang last appeared in court in 1998, on charges related to the abduction, forced confinement and rape of three girls aged between 12 and 14. The girls were taken to a Motel 6 motel and held for two days, forced to have sex with multiple men and boys. Vang was then 22 and a member of a Hmong gang known as the Mongolian Boys Society.

Vang and the others were convicted of violent forcible rape and sent to prison. Vang was released on parole two years ago. He is registered as a sex offender and his address was listed at an apartment complex near McKinley and West Avenues.

According to the Meagan's Law website, he was considered a moderate to high-risk sex offender. On Saturday morning, he parked his car near Fresno Police Headquarters and tried to enter the building. It was locked. The incident was apparently captured by a surveillance camera.

From there, he walked across the street to the Fresno County Jail, where he acted erratically and shot and critically wounded the two officers as they tried to restrain him. After that, another correctional officer fired several shots at him and Vang surrendered and said he wanted to be arrested.

The motel rape case that sent Vang to prison led to a major investigation into the Mongolian Boys gang. Another two dozen members were arrested in the coming months. They had engaged in the abduction, rape and prostitution of several teenage girls in California and other states.

The girls involved in the original case and their families were forced to leave the Fresno area because of threats on their lives.

It's not known why Vang went first to the police department on Saturday and then to the jail with guns and drugs. In addition to the attempted murder charges, Vang is charged with being a felon in possession of a handgun and attempting to smuggle drugs into a jail. He also has a parole violation hold, and a hold from the immigration and naturalization service.