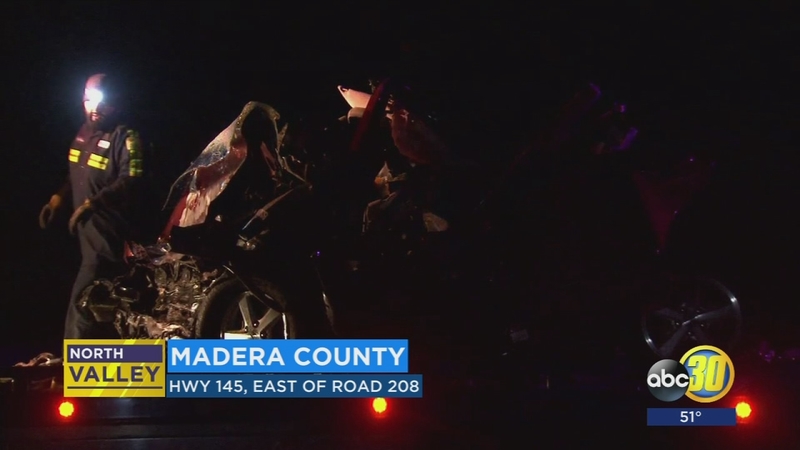 It happened just before eight Saturday night on Highway 145 near Road 208.

The Highway Patrol says a man driving a Honda Civic was heading west on Highway 145 at speeds of about 70 miles per hour.

The Civic crossed the center divider and into oncoming traffic.

It clipped a GMC Canyon, then crashed head-on into a Honda Accord.

Two people in the Honda Accord were killed and are identified as a man and a woman from Firebaugh.

A third person in the Accord, a woman from Firebaugh remains hospitalized.

The driver of the Honda Civic, 23- year old Madera man was killed.