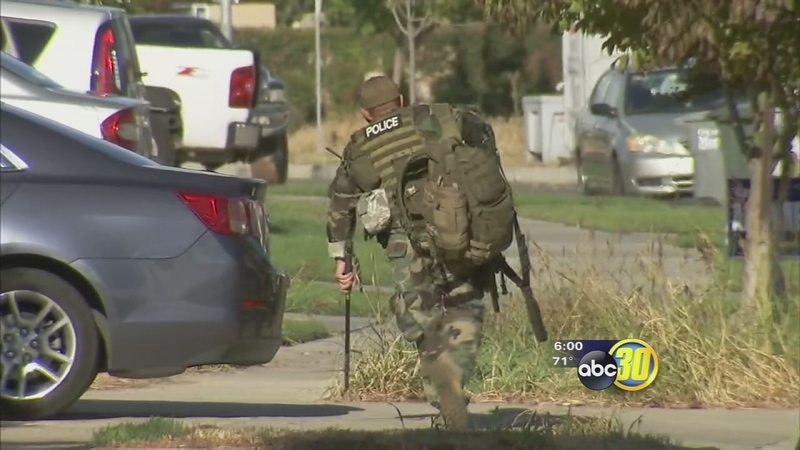 MERCED, Calif. (KFSN) -- A long standoff Friday afternoon came to an end in Merced with an arrest being made in connection with a shooting that injured several victims.

"With patience and time, we peacefully resolved this and the suspect surrendered," Capt. Bim West with the Merced Police Department said.

Merced police said the "shots fired" call came in around 1 p.m. and police arrived on scene to see three victims shot in the middle of the street, but the gunman was still inside the home.

"The suspect is a known person to the family," West explained.

There were several units on scene as police made contact with the shooter. They requested a SWAT team and the standoff lasted two hours until the suspect finally surrendered.

"We waited patiently for the suspect to peacefully surrender," West said. "We did have SWAT on standby but we didn't have to use the SWAT team to take the suspect into custody."

Police said two of the victims were flown to nearby hospitals for treatment. They said both of those victims are adult family members - one is a female, while the other is male. They said the suspect will now be questioned about his motive behind the shooting at the department headquarters and investigators are looking for evidence as to why the shooter may have opened fire on family members.