Officers arrived to find a man in his 40s unconscious in the parking lot of a Me-N-Ed's pizzeria.
KFSN 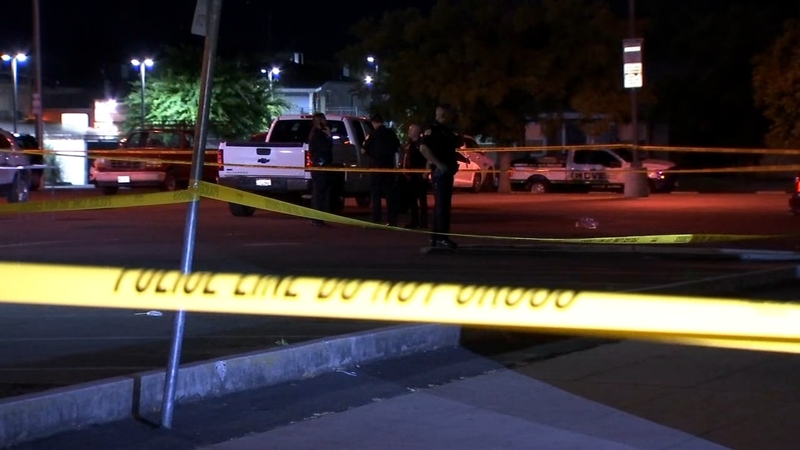 FRESNO, Calif. (KFSN) -- Fresno police are investigating after a man was beaten to death in central Fresno on Wednesday night.

Officials say at about 9:00 pm, officers received 911 calls that a man was unconscious in the area of Wishon and Fern.

Officers arrived to find a man in his 40s unconscious in the parking lot of a Me-N-Ed's pizzeria.

Investigators believe the victim got into a fight with three other men. Police believe that after the fight, the victim walked towards the pizza place and collapsed in the parking lot.

The victim was rushed to the hospital, where he later died.

Police say, at this point, they have a lot of unanswered questions.

"There were not any visible injuries that were consistent with what one would think would be life threatening. In other words, we didn't see a whole lot of blood or injuries about his person," said Fresno Police Lt. Paul Cervantes.

Officers say they found blood on Fern Street and have search warrant to look inside a home.

Police are still looking for the three men, but have not yet provided suspect descriptions.

This is Fresno's 31st homicide of the year.