Fresno police offering 20,000 gun locks for free after 2 kids shot themselves over the weekend

On Saturday morning, a 3-year-old Fresno boy died after he accidentally shot himself in the head with his father's gun.
KFSN
By Brittany Jacob and ABC30.Com Staff 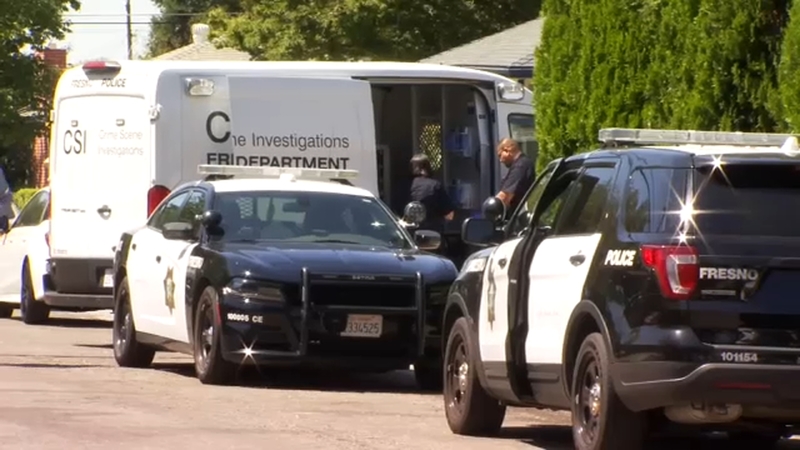 At a press conference on Monday morning, Fresno Police Chief Paco Balderrama spoke about the department's initiatives to prevent what he called a 'parent's worst nightmare'.

On Saturday morning, a 3-year-old boy died after getting a hold of his father's gun and accidentally shooting himself in the head.

RELATED: Police: 3-year-old killed in Fresno after accidentally shooting himself in the head

The child was identified as Bryson Vang.

The gun was loaded and kept under a pillow when Bryson found it.

The case is under investigation. No arrests have been made.

Then on Sunday, an 8-year-old boy was hospitalized after he shot himself in the hand at a home in southwest Fresno.

The boy was taken to Valley Children's hospital for treatment and is expected to survive.

Officers say the family is cooperating, and the investigation is ongoing.

Balderrama said he has just ordered 10,000 gun locks - in addition to the 10,000 he had already ordered when he first took over as chief of police.

It was part of a gun safety program the police department had launched in partnership with local hospitals to ensure firearms are properly secured.

Any family that has a gun at home can ask for a gun lock and get it at no cost, Balderrama said.

Family members have set up a GoFundMe account for Bryson Vang here.