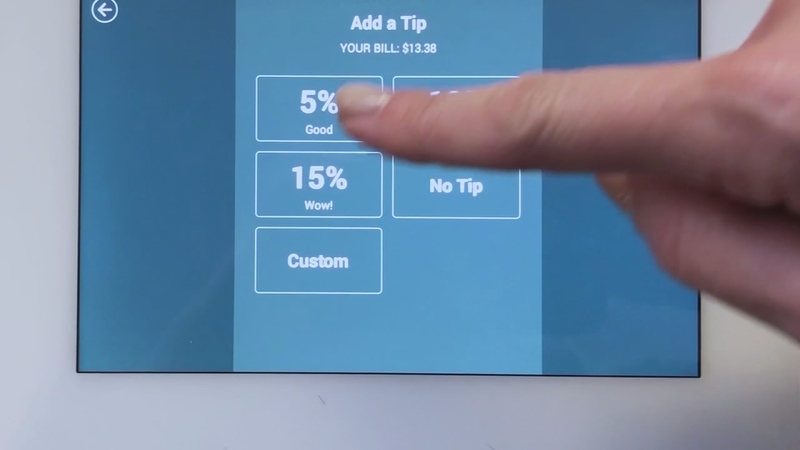 By now, you're probably used to tipping by tablet. When it comes time to pay a bill and you swipe your card into a tablet to settle up and then a range of suggested tips are presented.

The practice is common everywhere from restaurants to hair salons, taxi cabs to coffee shops.

Weston looked into the tipping trend. She determined the digital checkouts are not only adding tips where tips didn't exist before but that the size of the suggestions are creeping up too.

And, there's more. "Sometimes, a tipping option might be pre-checked for you. This is something that my editor ran into when he went to get a haircut. That's where he saw the 25% tip as the suggested tip."

Some apps pre-program suggestions up to 25%, others allow businesses to set the tips for whatever amount they want. Many times, you can click on a "no tip" button, but one report finds nearly a third of those asked said the button would actually increase their chances of leaving a tip.

Research also shows whenever people are offered a range, they tend to go for the middle option.

Websites of some leading payment systems tout customer convenience, saying that the programs "calculate the math" and offer "digital receipts" but, the "suggested tip options keep employees happy too." Weston says, "This is a trend that's going to grow because the merchants have discovered it does boost tips."

She says no matter what the buttons say, remember: you are always in control. "Take a breath and make sure you're tipping the amount that you want to tip. If you can't find the custom option, then don't leave any tip at all via the app and give the person something in cash."

Also, it's worth noting: while the suggestions have gone up, tipping rules haven't changed. The etiquette is still 15-20% for good service at a sit-down restaurant, 10-15% for home delivery, 15 to 20% for a taxi.