WABC
By CeFaan Kim
MAMARONECK, New York -- A two-year-old girl is dead and her mother wounded following a violent string of events inside a Westchester County home on Saturday.

Police say a 911 caller told them the child was in need of medical attention. When officers arrived at the home on Chestnut Avenue in Mamaroneck, they called for an ambulance for the girl, and found her 28-year-old mother with a knife.

The woman was tasered by officers after she refused to drop the weapon. After the taser did not stop her, they opened fire.

Police are not saying how many times they fired. The woman is being treated at the hospital.

Police say they responded to the 911 call around 1:30 p.m. Saturday. Exactly who made that call is still unclear.

Two officers were injured in the incident, and two others were taken to the hospital for medical evaluation. They are all expected to be okay.

Neighbors say police were at the home on Friday night - it is unclear whether Saturday's incident is related. 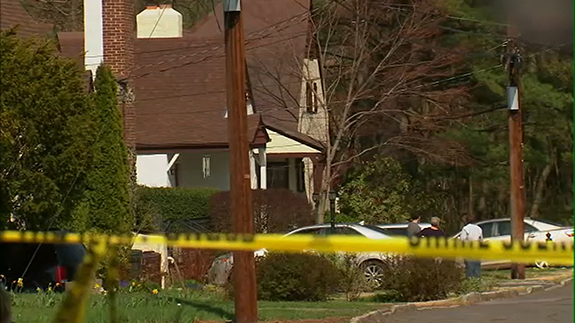 "If it was going to happen anywhere in this neighborhood, it would probably happen there," said neighbor Ryan Gephard.

Another neighbor said that they don't really know who lives there.

"That house had rented out rooms for a while so that's like the one house we don't really know exactly who they are," said Kyle Wildenberd.

The cause of the toddler's death is unknown, pending an autopsy.