Toddler identified who was killed after DUI crash in Lemoore 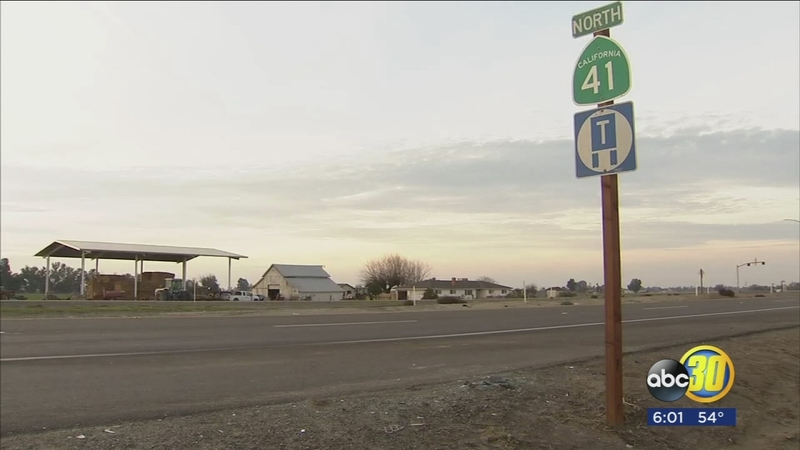 LEMOORE, Calif. (KFSN) -- Shattered glass and skid marks are all that remains after a deadly DUI crash sent a family to the hospital.

"This accident was so violent, that even though it was a rear end accident, it injured everyone in the vehicle and also killed a 1-year-old," John Tyler of the California Highway Patrol said.

A tragic scene, and a preventable death.
That glass there marks the spot near Lemoore where a 1-year-old died when an alleged drunk driver smashed into the back of the car in which the child was a passenger. @ABC30 pic.twitter.com/GeWDAHtBfT

Three adults were in the car and that child was in her car seat, secured in the back of the family's Nissan.

CHP investigators said just after 1 a.m. Sunday morning, 50-year-old Rodney Klamerus smashed into the backside of their car that had just turned onto Highway 41 from Hanford Armona Road.

"We're not sure exactly why, possibly due to his impairment, but he failed to slow down as this vehicle was ahead of him. And this vehicle turned northbound onto 41, established itself in the lane, and was rear-ended shortly thereafter," Tyler said.

Klemarus was airlifted to Community Regional Medical Center where he's listed in critical condition. Investigators say they could not interview him because of the severity of his injuries but he faces several felony DUI charges should he survive.

Officers say tragedies like this stress the importance of having a plan on how to get home when going out.

"This crash should not have happened -- the individual Mr. Klemerus made a choice," Tyler said. "Think about others, and that right choice to say something when you see someone that shouldn't be driving."

Investigators say this is the second fatal DUI crash they have responded to in 2018.