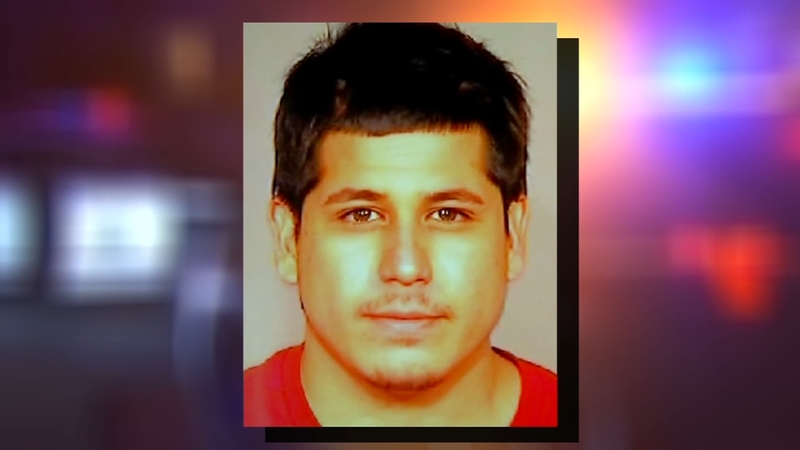 FRESNO, Calif. (KFSN) -- Dozens of religious candles and bouquets fill the sidewalk in front of the Fresh Ink Tattoo Studio in Fresno's Tower District. Somber reminders of the two lives lost during what police are calling an isolated shooting inside the shop over the weekend.

Fresno Police Chief Jerry Dyer said, "It is the result of an interpersonal dispute that occurred between employees of that business and had nothing to do with anyone coming from the outside coming into the Tower District."

He then jumped in his Volvo SUV and drove out of Fresno. He would eventually turn himself into Pismo Beach Police 11 hours later at the urging of his wife.

Chief Dyer said, "When Hinojosa was contacted he did have the murder weapon in his waistband with a new ten round magazine in the gun"

A third female victim managed to escape without injury despite being shot at from close range. She was the one who called police.

"He thought he had shot the third victim as well, said Chief Dyer. "In fact, he was convinced when he fled he had killed all three of the victims inside the business."

Detectives are still working on a motive in the double murder, but say the three men got into a physical altercation. After everything calmed down, Hinojosa pulled the semi-automatic handgun out of his waistband and started shooting.

"Sometime after the fight, he pulled out the firearm and no one had left the business and he had fired that weapon multiple times," said Chief Dyer.

Police have no reason to belief the shooting was gang related, but investigators believe drugs were being sold out of the shop.

"I believe as part of this investigation we will be able to determine who is responsible or involved in those sales," said Chief Dyer.