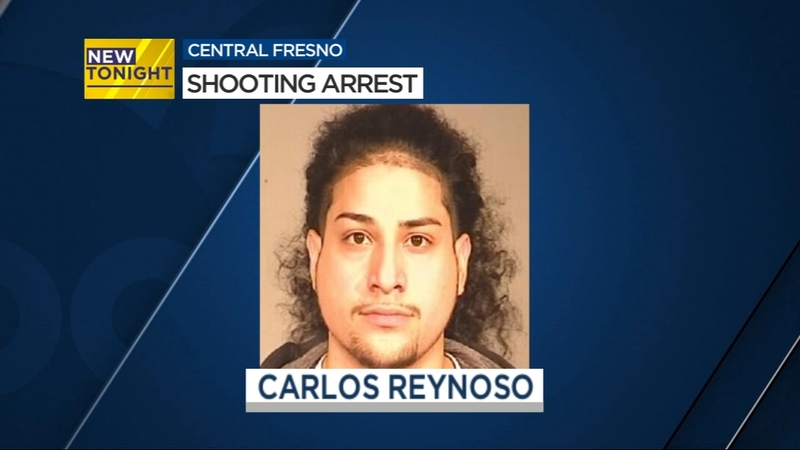 Man arrested in connection to shooting in Fresno's Tower District

FRESNO, Calif. (KFSN) -- Police have announced the arrest of the man who allegedly shot four people outside a bar in Central Fresno's Tower District.

Authorities have arrested 23-year-old Carlos Reynoso for the shooting that happened early Sunday morning at the Vibez Lounge on Olive.

Police say it started as an argument between two groups of people when it escalated.

That's when they say Reynoso pulled out a gun and opened fire, hitting four people.

All four victims are recovering.

Detectives eventually determined that Reynoso was the shooter and arrested him.