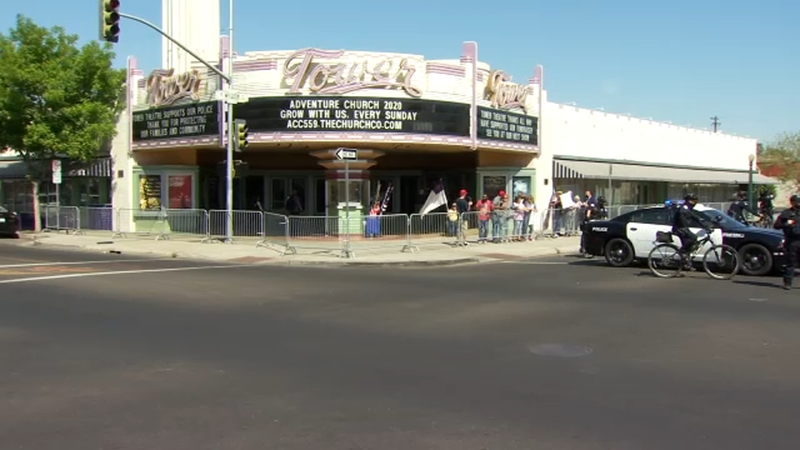 FRESNO, Calif. (KFSN) -- Business leaders in the Tower district stood in solidarity - with one message - save the Tower Theatre.

Unlike the protests that have happened here on several Sundays, on Wednesday, the Save the Tower Theatre Demonstration Committee held a press conference with no opposition, just a request to the current owner.


"Again, there is much uncertainty regarding the sale of our beloved iconic Tower Theatre," says Tyler Mackey. "But the one thing that is indisputable, is that it is time for Mr. Abbate to sell his theater and move on."

Mackey says the theatre must be purchased by a party that's committed to the Tower District community and intends to maintain the historic function. He says Sequoia Brewery is a great option.

"Mr. Abbate has a willing party to sell to, with both the legal right to purchase the property and the financial means to do so," he said. "He can end the suffering that he has placed on this community."

Advocates have fought against the previously proposed sale of the theatre to Adventure Community Church, saying it needs to be preserved as a place specifically for the arts.


"Why would someone attempt to sell the historic pinnacle of free expression and sacred symbol of our community to an entity that would not only change the fabric of the neighborhood but in their combined carelessness, go further and damage us," says Alicia Rodriguez.

The group says the ultimate goal is to keep the theatre intact and ensure it's owned by someone who supports the Tower District's vision.