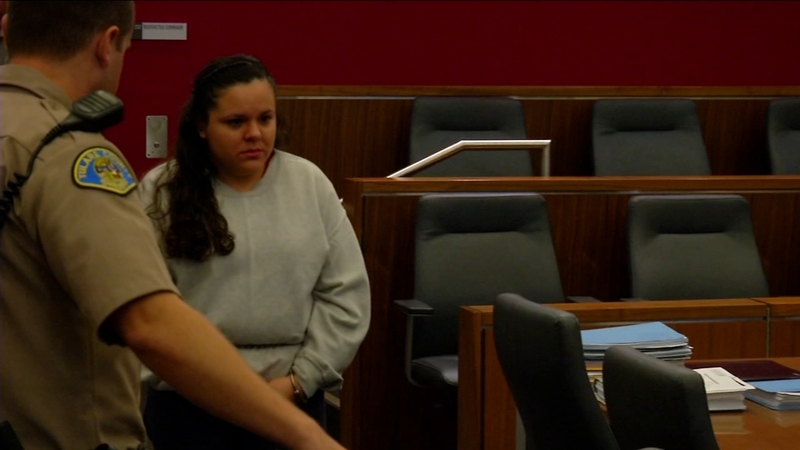 A 24-year-old woman initially charged with murdering her one-month old son was sentenced to six years in prison for a lesser child abuse charge on Thursday.

Tracy Rodriguez has been in custody for nearly 18 months.

Last month, prosecutors dropped the murder charge against her as part of a plea agreement.

At the sentencing, many of her family members showed support for her by attending the hearing.

Her mother, speaking through a Spanish interpreter, asked Judge Michael Sheltzer for clemency in her daughter's case.

Last summer, Tulare County Sheriff's deputies responded to a home in Terra Bella for an unresponsive one-month-old boy. He died at the scene.

Rodriguez was arrested a few days later and charged with her son's murder.

One version was that she dropped the boy while bathing him in the kitchen sink.
"There couldn't be a more innocent, a more vulnerable, a more defenseless victim," Sangree said. "Instead of receiving nurtured care and protection from his mother, he suffered severe abuse at her hands."

Sangree said Rodriguez has not expressed any remorse.

"The court is concerned again for a lack of remorse, or sympathy, or grief," Sheltzer said. "Again, I understand and factor in that people express grief in different ways, but there just seems to be an alarming lack of concern."

Sheltzer said the medical evidence in the case is clear that the child's injuries were intentionally inflicted. However, due to the plea deal, the murder charge was dropped against her.