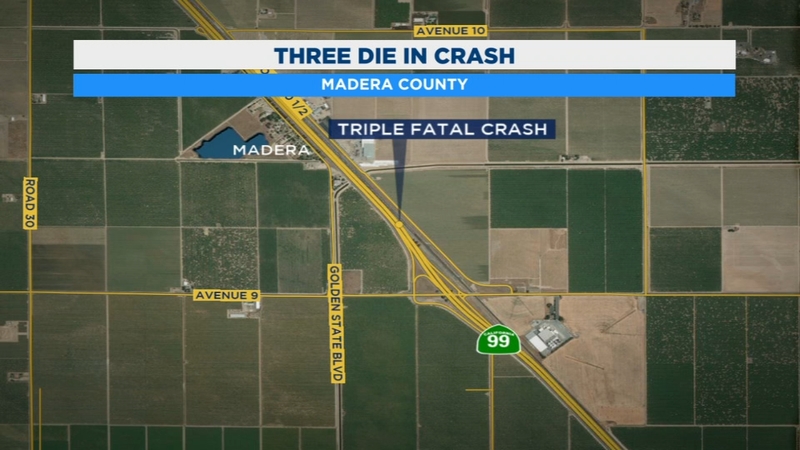 MADERA, Calif. (KFSN) -- Three people were killed and three injured after a crash on Highway 99 near Avenue 11 in Madera County.

According to CHP, they received a call at 2:52 a.m. on Sunday about a crash on southbound Highway 99. Police determined during the course of their investigation that a car had, for some reason, veered into the lane of an SUV causing both cars to lose control.

Officers said the driver of the SUV, identified as Pablo Barba, 67 of Orange Cove, was pronounced dead at the scene along with one of his passengers Catalina Barba, 69 of Orange Cove. The other three passengers Valentin Barba, 26, along with a 12-year-old and a 13-year-old were taken to Community Regional Medical Center with major injuries.

The driver of the car was also pronounced dead at the scene and has been identified as Samantha Pena, 24, of Fresno.