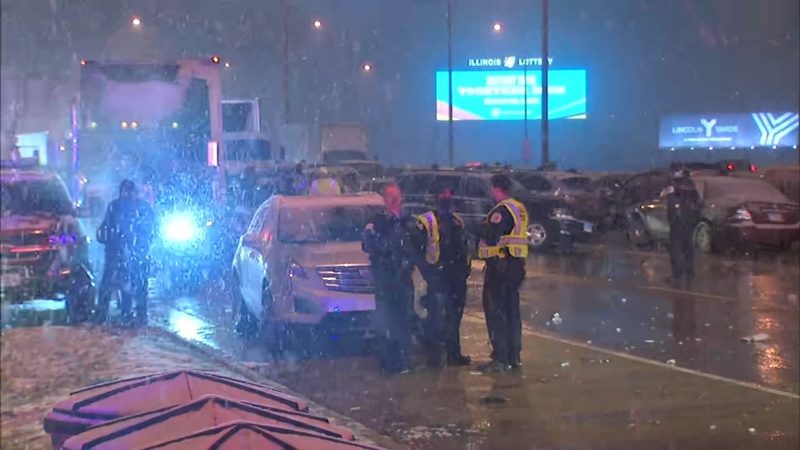 CHICAGO -- More than 50 cars were involved in a massive pileup in Chicago Wednesday morning.

Officials said 54 vehicles were involved in the crash on the inbound Kennedy Expressway at North Avenue. Fourteen people, all adults, were injured in the crash, fire officials said. Their conditions were not serious.

Authorities shut down the expressway at North Avenue for more than three hours to clean up the crash.

The crashes occurred as light snow was falling in the area, which could have created slippery conditions leading to the crashes.

"Overnight conditions deteriorated and we got some snow and icy conditions on the expressway, vehicles driving at high rates of speed caused the accident," said John Giordano of the Chicago Fire Department. "We are not sure the vehicles that caused it but it did cause an effect where vehicles couldn't stop behind them because of the high speeds that they were traveling and thus the amount of vehicles we have at this time."