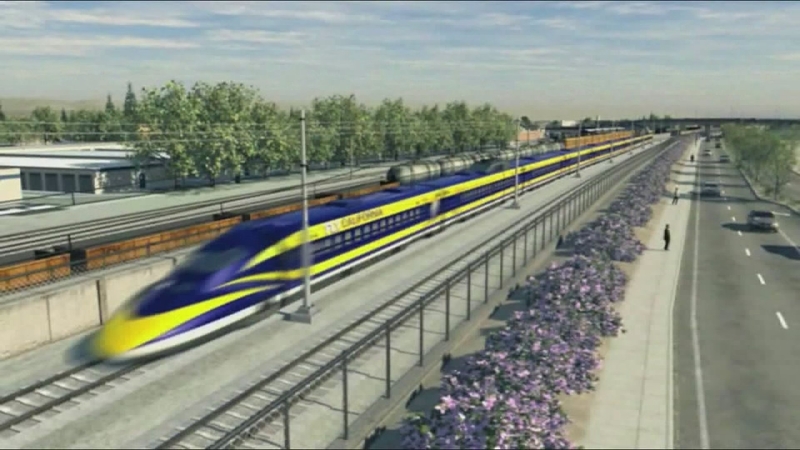 VISALIA, Calif. (KFSN) -- As Kings County continues to put up a fight against High-Speed Rail, construction work is moving forward.

They plan to do the same work on Kent Avenue starting next week.

The Kings Tulare High-Speed Rail station will be farther north, near the intersection of Highways 43 and 198 in Hanford.

Over the next ten years, the plan is to improve bus service between South Valley cities and build more transit centers near the existing rail line that runs between them.

After that, the plan is to start passenger rail service from Lemoore to Visalia, and eventually, train service will be offered along the entire line from Huron to Porterville. The Hanford High-Speed Rail station sits in the middle of the proposed line.

"Rail ridership is up in California, while bus ridership is currently going down," said TCAG's Ben Kimball. "This is following the trend that we see coming down the road."

"We're very, very involved with TCAG, with the Fresno COG (Council of Governments), Kern COG, so we pay close attention to their transportation plans, they also include us into their plans too," said High-Speed Rail Authority Public Information Officer Toni Tinoco.

Funding for the corridor project would be a combination of state and federal transit dollars.

But like High-Speed Rail, don't expect to hop on any time soon, because completion is decades away.