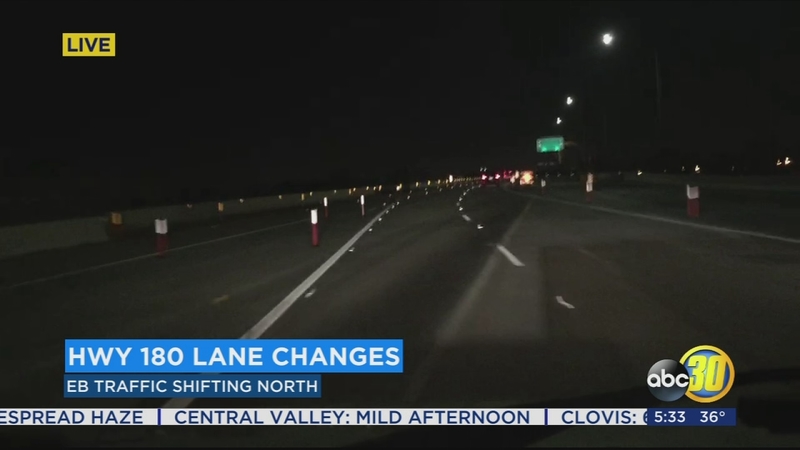 FRESNO, Calif. (KFSN) -- A lot of morning drives in Fresno are facing a slight change if you take Highway 180. Crews changed the traffic pattern for High-Speed Rail construction.

All the eastbound lanes have shifted north, but this is not permanent. Crews have moved the lanes temporarily while they do some work on the High-Speed Rail project.

Be sure to drive cautious through this area because of the lane shift.

They are doing this because crews are expected to begin building a concrete box under the highway. This is to allow for High-Speed Rail to pass under traffic.

Over a year ago, construction of a two-mile trench through Fresno began-- this takes High-Speed Rail 45 feet underground, that way it does not cross traffic. Officials said this is making the train safer.

Instead of going completely underground the train will go through a passageway under Highway 180. This is why your morning commute will change if you head east into Fresno.

This is stage three of the changes to Highway 180. Once it's completed traffic on 180 will shift back south to its normal lanes which will be re-paved.