Crews have cleared debris on the roadway after a rockslide covered the passage that connects Fresno with Yosemite on Wednesday.

EAST MADERA COUNTY: State Route 41 at Rocky Cut is now open! Thank you for your patience while our crews worked in the area. pic.twitter.com/DTazpQKdjp

A section of Highway 41 in Madera County will remain closed until at least Friday after a rockslide covered the roadway on Wednesday.

For one, this area is highly traveled, and that area has seen rockslides before.

Another challenge is that because of all this recent rain, geologists are stretched thin so it took a while for one to arrive here.

To be on the safe side, crews want a second geologist's opinion before they open the road to drivers.

A geologist is checking to see if any more of these massive boulders could come down, which means truck drivers heading to Oakhurst,like Lorenzo Toviar, are left having to take the long way.

"It's a sad situation because it's like you have to go a whole hour around," Tovar said.

It is news Amber Brown hoped she would not hear.

Brown was taking her usual route up to Chukchansi Gold Resort and Casino but now she is being forced to use one of the detours.

Added time, she says, is cutting into the possibility of her winning big.

"Now it's like you either go a whole hour around or you take a chance going somewhere else you're not happy with if that's what you came up to do casinos," says Brown.

Caltrans crews closed the highway after a rockslide in the Rocky Cut area along Highway 41.

It was about a dump truck's worth of boulders that fell.

Crew originally left one lane open, but given the history of rock slides in that location, they decided is was a safer decision to close the road completely.

"With each slide, there's additional material that to the untrained eye is difficult to decide what's stable and what isn't. So we'll wait on the geologist to determine that," said maintenance superintendent Tim McClurg.

A geologist arrived Thursday afternoon to inspect the area, and crew members say more rain could cause more problems.

"We have that loose material on top of that hard material with water right now. So as rain hits, it can become worse," McClurg said.

The road is expected to stay closed Thursday night, and another geologist will be at the site on Friday.

While Tovar says the closure is an inconvenience, he still has propane that needs to get delivered.

"I think 33..it takes longer but it doesn't have traffic," he said.

There is a detour, and that's going along highway 145 which takes you to road 200 and then back onto 41.

Caltrans crews are still working in this area, and doing some maintenance on the roads, while it's closed to drivers.

Crews will likely have a better estimate of an opening time on Friday.
Report a correction or typo
Related topics:
trafficrockslide
Copyright © 2020 KFSN-TV. All Rights Reserved.
ROCKSLIDE 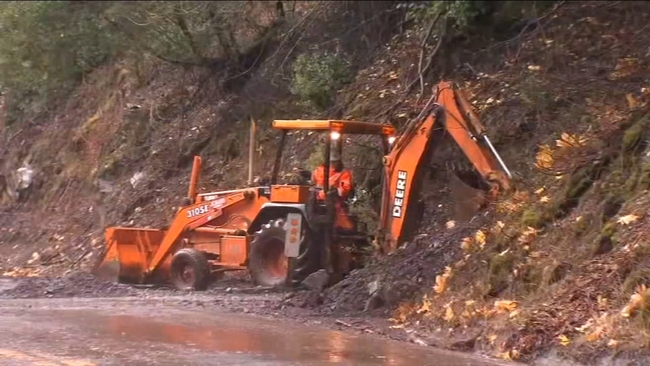 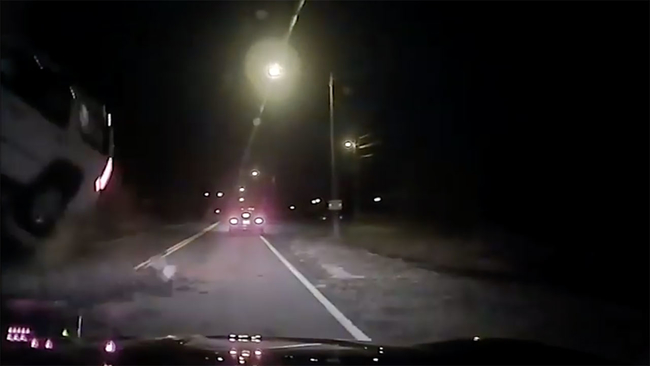 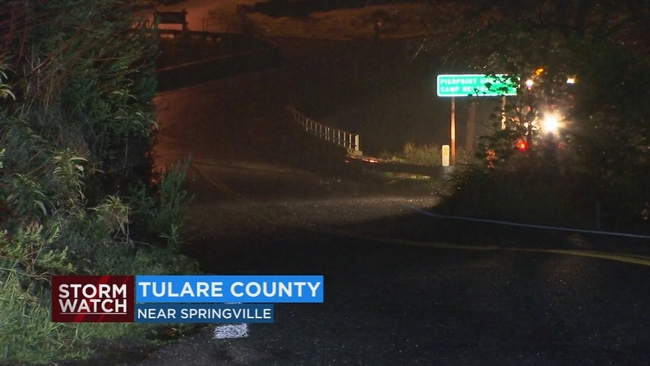