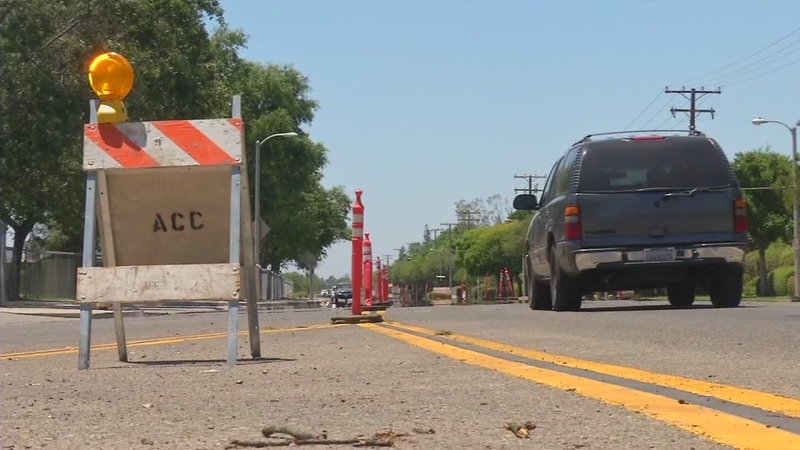 VISALIA, Calif. (KFSN) -- Some major roadwork will be taking place along one of Visalia's busiest thoroughfares over the next few weeks.

Drivers should expect to slow down, and possibly detour.

The pavement rehabilitation project is on Houston Avenue, an arterial street in North Visalia.

City officials say the existing asphalt will be removed and replaced, and its base strengthened where needed.

"The streets are a major asset to the city, and so this effort is to preserve that asset but also to extend its service life," said City Engineer Frank Senteno.

The first phase is from Demaree Street to Mooney Boulevard, and the majority of the work will be finished by the end of the month.

The second phase, from Mooney to Dinuba Boulevard, will start next month.

Senteno knows the roadwork may be an inconvenience to drivers.

But he says the project represents an investment in city infrastructure and an effort to improve the quality of life for Visalians.

The Houston Avenue project is being paid for with federal and Visalia Measure N funds.

"The project also entails installing conduit," Senteno said. "So all these traffic signals will be connected in the future, and they will all be wired into the city's future traffic management center, with the goal to better manage traffic operations and minimize congestion."

She's looking forward to a future project at Demaree and Goshen, which is also aimed at reducing traffic congestion.

"Well that will make a huge difference in the mornings, going to school," McCright said.