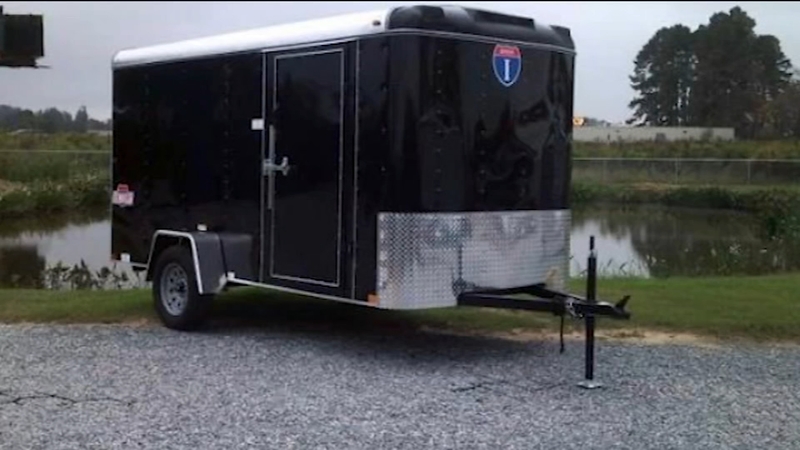 FRESNO, Calif. (KFSN) -- To the Wenn family, their black trailer is the most valuable in the world.

It's not filled with money or gold, but milestones, achievements and precious memories.


Those cherished belongings have now been ripped from them.

"We have photos, videos of Christmas and births, baby stuff," said Karl Wenn. "That's all we want."

They packed those possessions into the trailer after the CZU Lightning Complex Fire, forcing them to evacuate their Santa Cruz County home.

To escape the destruction, they drove to Visalia to stay with Karl's parents. Saturday morning, the trailer was stolen from the driveway.

A neighbor's camera captured a truck with a black trailer driving through the neighborhood around the time the theft happened.


"I think to myself, I'm grateful, my family is safe, we're in Visalia, no fires here and our valuables are safe," he said. "I can't complain; then things of course took a radical turn."

The contents of the trailer told their story of intimate family moments shared through pictures and videos.

Also, one of a kind artwork done by Karl's sons.

"They're physical, but they represent parts of my life that I keep very dear to me," said Karl's son, Elijah.

Karl isn't sure why they were targeted. He thinks the thief might have just wanted the trailer.


They're now begging the thief to return those items that mean nothing to them, but the world to the Wenn family.

"We just want the boxes of the kid's stuff. I don't really care about the anything else in that trailer," said Karl.

Visalia police are asking the public to keep an eye out for the trailer.