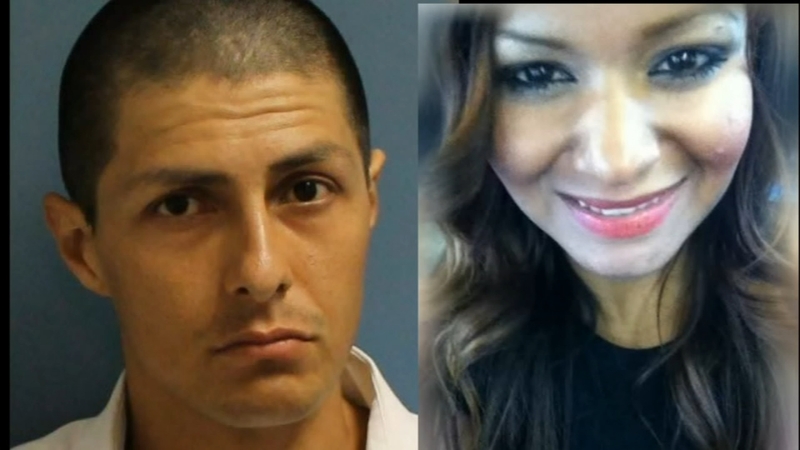 VISALIA, Calif. -- A murder trial is set to start in the South Valley, more than three years after the victim, Ruby Lopez, was found dead in her Visalia home.

In an affidavit for a search warrant, aTulare County District Attorney's Office investigator summarized an interview with Lopez's sister in September of 2017.

The sister told the investigator that Ybarra started physically abusing Ruby after she became pregnant with their child.

According to the sister,Ybarra accused Lopez of cheating on him, and didn't think he was the father of the child.

"Elida told me Ruby always had black eyes, busted lips, and bruises everywhere on her body," the investigator wrote. "Elida stated every time she saw Ruby she was always covered in bruises, because Andres 'beat' her. I asked Elida if she ever witnessed any of the domestic violence incidents, and she said 'yes.'"

The sister saidYbarra once threatened to kill Ruby by putting a knife to her throat.

She also claimedYbarra tried to kill her by giving her more medicine than she was supposed to take.

After her death, a toxicology screening showed Lopez had a high level of a controlled substance in her body.

But the autopsy revealed she had bruises on different parts of her body, and was strangled to death.

One week after she died,Tulare County prosecutors chargedYbarra with her murder.

Now, more than three years later, his trial is set to begin.

The night before, he told the detective, he found Lopez in the bathroom, and believed she was high on prescription medication.

"He was afraid that Ms. Lopez' drug abuse would result in a second CPS intervention and the loss of their child. When Mr.Ybarra returned on the morning of July 1, he found Ms. Lopez cold and unresponsive."