Troubling shootings and murders on the rise, police say 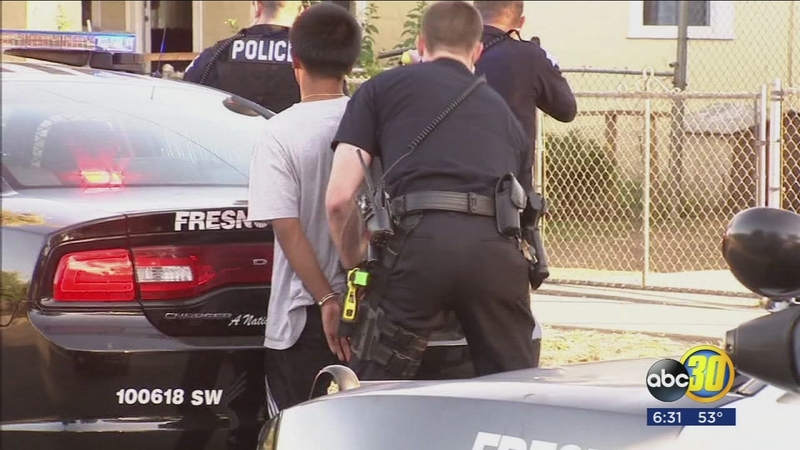 Police say gang violence and shootings are up

FRESNO, Calif. (KFSN) -- Troubling trends emerged from the Fresno Police Department's monthly crime update Wednesday afternoon. Vehicle theft is down, but shootings and murders in the city are on the rise, especially the south side of town.

"That area is known and it should not be known as the ground zero of gang violence of southwest Fresno because there have been shootings and murders there for years now," said Fresno Police Captain Mark Salazar.

So far this year, there have been 53 murders within the city. Of those, police said 29 were gang-related. Shootings are also on the rise.

"I can not remember in recent history when we have had 50 shootings that have occurred in our city in a 28 day period," said Fresno Police Chief Jerry Dyer.

15 of those shootings happened in southwest Fresno, 15 in central and 13 in the southeast part of the city.

All of this resulting in the police department taking new measures. Come January special response teams will be deployed to those three problematic areas.

"When people see additional officers in those neighborhoods it is important they understand why they are there, to keep people safe," said Dyer.

They are also trying to keep guns out of dangerous hands. Police are advising licensed firearm businesses on how to keep their merchandise secure, they want homeowners to do the same.

"We ask people to have a safe, put their firearms in that safe and to bolt that safe to the floor," said Dyer.