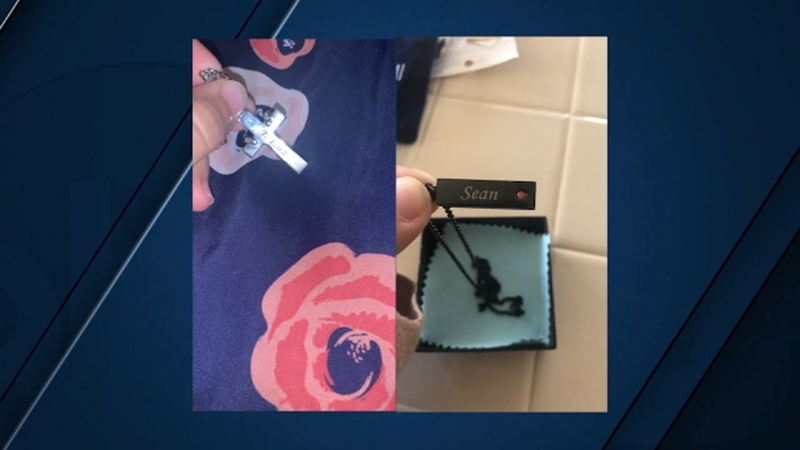 Shortly after 4 p.m., Alysha realized her truck was gone. She parked in the open parking lot by JCPenny and the food court.

After an hour of shopping, she came back out to the lot.

"I remember rolling the windows up and I always triple-lock it just in case," she said. "I happened to be one of those people."

Alysha said the truck is replaceable, but two items were stolen with deep sentimental value.

"The ashes of my brother and my uncle, that's what I care most about," she said. "I don't care about the truck -- the belongings in it, that's replaceable. But those ashes are not."

The ashes of her departed family members were hanging from the truck's rearview mirror.

"One of them is black and it's like a little square, and the other one is a cross and it's silver," she said. "Both of them have their names engraved on it."

Alysha says mall security confirmed that they have footage of the truck leaving the property, but they could not release it.

She has a message for the crooks.

"That's my form of transportation to work," she said. "You left me high and dry. I think I'm more disappointed at the fact that you're willing to take things from people who have things in their vehicle that are sentimental. We work hard for that. I just want the ashes. I just want the necklaces. I don't care about the truck, you can take it."
Report a correction or typo
Related topics:
visaliacar theft
Copyright © 2022 KFSN-TV. All Rights Reserved.
TOP STORIES
Fresno area's holiday weekend starts with 3 domestic violence attacks
Fresno police looking for missing 5-year-old boy who has autism
14-year-old boy detained after BB gun shooting in Fresno neighborhood
Fresno educator wins one of the highest teaching honors in the nation
Fresno man fighting for life after being stabbed in neck by housemate
Texas gunman threatened rapes, shootings on Yubo app, users say
Gov. Newsom tests positive for COVID-19
Show More
Loved ones grieve for Fresno man as alleged killer pleads 'not guilty'
Woman gets 15 months in prison for punching flight attendant
Tulare County crews pull out severely injured driver trapped in car
Jury's duty in Depp-Heard trial doesn't track public debate
Gas prices may make this the costliest Memorial Day travel period ever
More TOP STORIES News