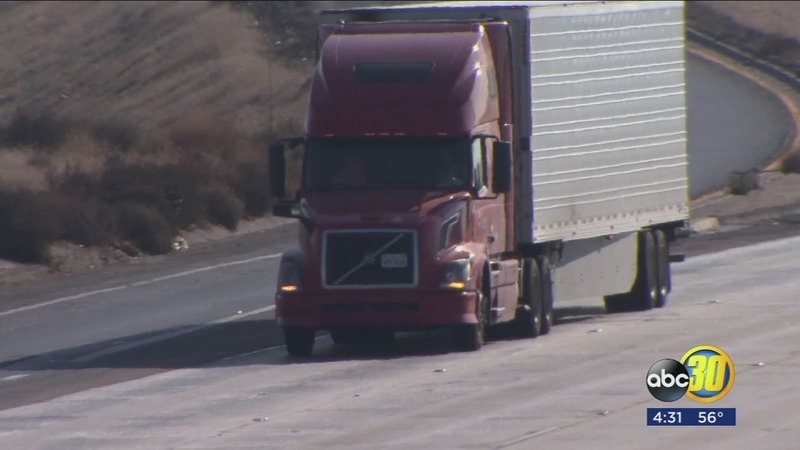 The mandate would force every driver to install an Electronic Log Device in their cab by December 18th.

The ELD automatically records the time a driver spends behind the wheel.

James Beltran has been driving a truck for over 40-years and says he is against the idea.

The law allows truckers to drive for no more than 10-hours in a 14-hour work window with a 10-hour break after driving.

Currently, it is up to the driver to fill the log out with a pen. According to Beltran, the new ELD would prevent him from taking short breaks and would count against him when he is at the dock waiting to load or unload.

The mandate could slow the trucking industry to a crawl.
"What are you going to do when we can't get to the market in time? You need eggs, you need milk, produce, you need toilet paper. It's just that simple."

Federal regulators say the devices will save lives and the industry millions of dollars by reducing the amount of paperwork but some drivers are calling for the government to offer special training before spending the thousands of dollars to outfit their trucks with the new electronic logs.

Truck driver, Harvinder Singh said, "I am not good in computers either, so how am I going to put in my information there is no classes or institution. The government need to give us time so people and driver can prepare."

"When I get to a place the clock is ticking... that means I can't do another load. So it's cutting into my revenue," Beltran said.

Monday's local rally was one of 40 rallies from around the country. The new mandate goes into effect December 17th.

Action News has discovered the stories miss an important little nuance, though. The regulations are federal and do not apply to intrastate drivers.

If drivers stay in California entirely, they can stay on paper logs. In fact, by state law, if they are driving no more than 100 miles from their home base, they do not even have to record more than a time card.

California might eventually join the feds in mandating the use of the electronic logging devices, but it does not right now. No state does. Texas is the first to announce it will require them, but that is not until December 2019.
Report a correction or typo
Related topics:
community & eventsfresno countyprotest
Copyright © 2022 KFSN-TV. All Rights Reserved.
PROTEST
Kazakhstan says 164 killed in week of protests
Livingston residents demand answers as police chief is placed on leave
Kaiser reaches deal to avoid strike involving 1,200 pharmacists
Rev. Jesse Jackson hospitalized after falling at protest
TOP STORIES
1 killed in rollover crash in Madera County
Justices to hear challenge to race in college admissions
Tax filing season starts Monday. What to expect for 2022
Fire damages 2-story townhouse in northwest Fresno
1 severely injured in trailer fire in Winton, officials say
Driver arrested after police chase in Fresno County
Valley firefighters sent to help battle fire in Big Sur
Show More
Loved ones grieve for Missy Hernandez at Fresno vigil
PG&E's criminal probation to end amid ongoing safety worries
Fresno's famous 'dancing teacher' appears on Ellen Show
5 tax changes that can boost your refund this year
LA Unified requiring students to wear non-cloth face masks
More TOP STORIES News