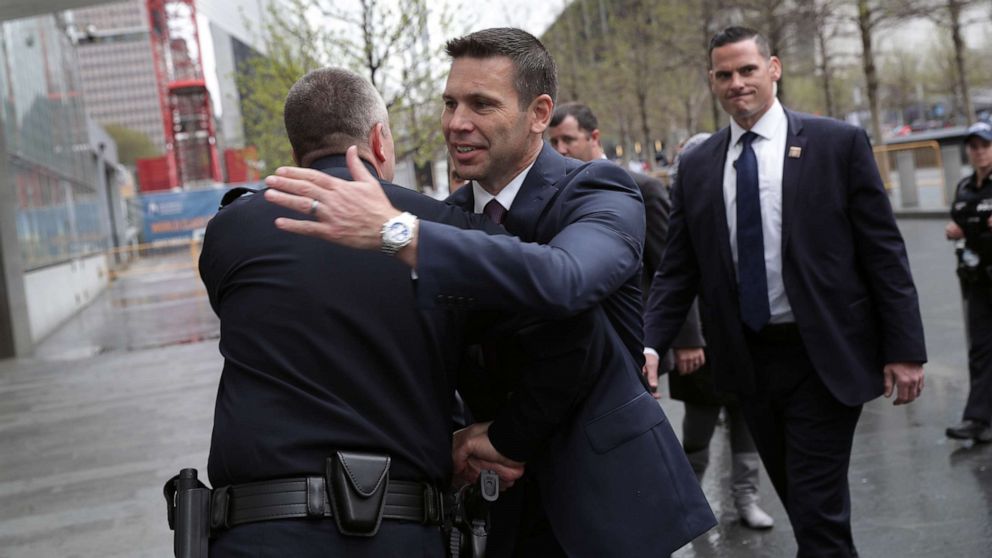 In his first testimony as acting chief of Homeland Security, Kevin McAleenan said the agency is running out of money to respond to what he calls an "acute and worsening crisis" at the southern border.

The administration plans to send an additional funding request to Congress this week.

"Given the scale of what we're facing, we'll exhaust our resources before the end of this fiscal year," McAleenan told House lawmakers on Tuesday.

The Trump administration is facing a massive crisis at the U.S.-Mexico border, as tens of thousands of migrants arrive each month. U.S. border officials said more than 100,000 people arrived in March and that the numbers are on track to reach 1 million by the end of the budget year in September. Border agents encountered nearly 40,000 children in the month of April alone, McAleenan said.

Detention center conditions for those children and families were a top concern voiced by committee members. And Democratic Rep. Debbie Wasserman Schultz protested what she called "inhumane" treatment of migrants who are forced to wait in long lines at facilities run by U.S. Immigration and Customs Enforcement. The new acting secretary promised to look into the conditions.

"To bake them and their children in the broiling sun and not let them use the bathroom and treat them like animals rather than people is unacceptable and it must be fixed," she said.

McAleenan's testimony comes as the White House called for new rules for asylum seekers, including charging a fee for applications. It was one of several steps the administration appear to be weighing to try to deter migrants.

Earlier this month, an external advisory committee recommended the president order an "emergency regulation" to allow the long-term detention of families arriving at the border.

The panel further suggests that the U.S. reach an agreement with Mexico to allow more asylum seekers to wait there while their claims wind their way through court.

McAleenan didn't say whether he would act on each of the recommendations. But he's referenced the findings in recent media interviews and cited the report in Tuesday's hearing as he tries to devise a path forward at the border.

His public embrace of the recommendations comes as U.S. officials have told ABC News that the government is considering the possibility of building tent cities for migrants at two locations along the southern border.

Whereas migrants used to be single men looking for work, U.S. officials have reported seeing an unprecedented number of families looking to claim asylum. According to the advisory panel, one reason for the spike in family migration is federal court rulings that children - whether they are accompanied by their parents or not - cannot be detained past 20 days.

And because asylum claims can take several years to work their way through the courts, the families must be released into the United States to wait for their case to be resolved by an overwhelmed immigration court.

The advisory panel said this encourages more families to come - even those without legitimate asylum claims.

"A consequence of this broken system, driven by grossly inadequate detention space for family units and a shortage of transportation resources, is a massive increase in illegal crossings of our borders, almost entirely driven by the increase in (family unit) migration from Central America," the advisory panel stated.

While the panel recommends that Congress step in, those suggestions are considered unlikely with Democrats in control of the House. Democrats said Trump's rhetoric has only served to inflame anti-immigrant sentiment inside the U.S.

The panel suggests that in the absence of congressional action, DHS should "act promptly" by invoking emergency regulation to roll back court-mandated limits on children detained with their parents. That approach, however, would almost certainly be challenged in court, possibly requiring the Supreme Court to eventually weigh in.

The panel also recommends that border authorities be allowed to take photographs and biometrics, or body measurements, of children "to stem the recycling of children at the border and to rapidly determine the legitimacy of parentage claims."

Another recommendation calls for an agreement between the U.S. and Mexico that could pave the way for future expansions of the Trump administration's "Remain in Mexico" initiatives.

Jayson Ahern, a former acting commissioner of Customs and Border Protection and co-author of the report, called this proposal a "long shot," but he said he thinks would help the situation.

The administration's current plan to force certain asylum seekers back into Mexico while they wait to see a judge was temporarily blocked in court and faced resistance from the Mexican government. But the new policy's incremental roll-out has continued.

Ahern told ABC News the Mexican government should do more to help curb migrant travel through their country.