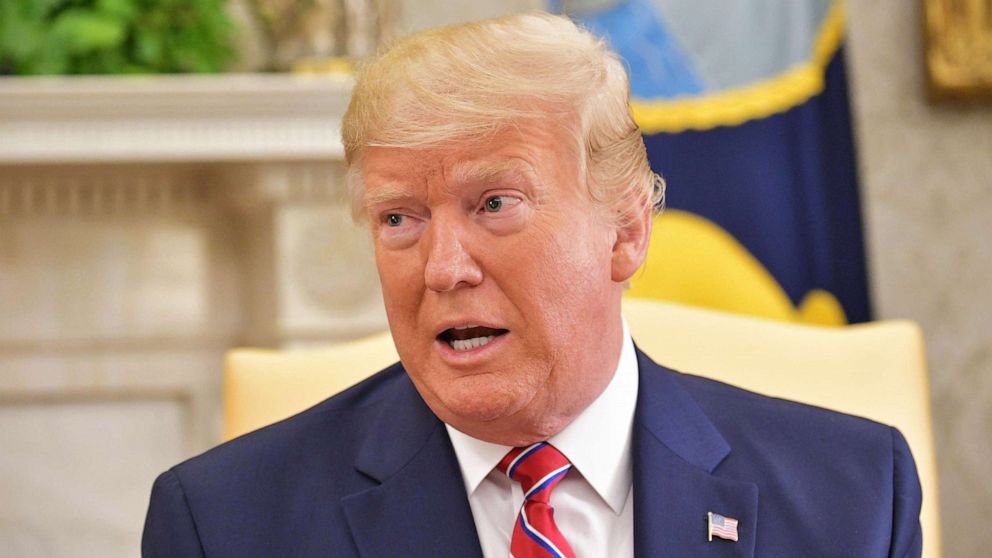 Trump said his internal poll numbers were "unbelievable" and that he was "the strongest I've ever been."

He claimed his campaign is winning in "every state" polled and said to expect the same results on election day.

"We have great internal polling, there were fake polls released by somebody that is -- it is ridiculous. We are winning in every single state that we polled," Trump said. "We're winning in Texas very big, in Ohio very big, in Florida very big.

On Tuesday, the New York Times reported that the president, when shown the data, instructed his aides to publicly say he is polling well.

The president tweeted earlier Wednesday that the news media reported "fake numbers" that "don't even exist."

"The Fake News has never been more dishonest than it is today. Thank goodness we can fight back on Social Media. There new weapon of choice is Fake Polling, sometimes referred to as Suppression Polls (they suppress the numbers). Had it in 2016, but this is worse," the president tweeted.

"The Fake (Corrupt) News Media said they had a leak into polling done by my campaign which, by the way and despite the phony and never ending Witch Hunt, are the best numbers WE have ever had. They reported Fake numbers that they made up & don't even exist. WE WILL WIN AGAIN!"

On Tuesday, the president was asked if it is true -- as the New York Times reported -- that he instructed aides to publicly say the polling showed him doing well.

The president said he "never" has instructed members of his team to lie about poll numbers.