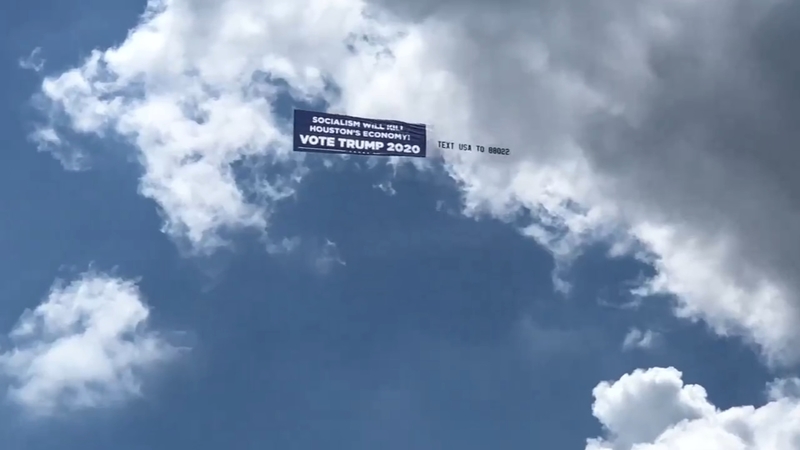 Trump campaign flying massive banner over Houston ahead of debate

The campaign is spending around $7,500 for the flight and production of the ad.

According to ABC News, this isn't the first time the campaign utilized the sky to spread its message. Over Labor Day, the president's reelection campaign targeted beaches in key swing states with airborne banners.