Trump characterized the Obama-era rule as a threat that will bring about crime and lower home prices.
KFSN 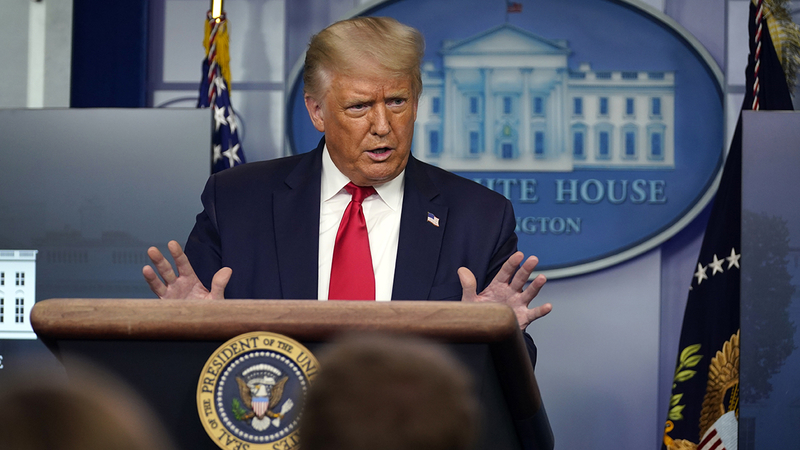 WASHINGTON -- President Donald Trump said Wednesday that "people living their Suburban Lifestyle Dream...will no longer be bothered" after his administration revoked an Obama-era housing regulation designed to eliminate racial disparities in the suburbs.

"I am happy to inform all of the people living their Suburban Lifestyle Dream that you will no longer be bothered or financially hurt by having low income housing built in your neighborhood...Your housing prices will go up based on the market, and crime will go down. I have rescinded the Obama-Biden AFFH Rule. Enjoy!" the president tweeted Wednesday.

I am happy to inform all of the people living their Suburban Lifestyle Dream that you will no longer be bothered or financially hurt by having low income housing built in your neighborhood...

Trump was referring to the 2015 Affirmatively Furthering Fair Housing regulation, which established a 92-question survey and grading tool requiring local jurisdictions to assess their own racial and economic disparities and present detailed plans on how to address them.

Trump has characterized it as an existential threat to the suburban way of life that will bring about more crime and lower home prices.

Political experts say he's trying to win over suburbanites by promising to protect their "beautiful" neighborhoods from the racial unrest that has gripped some U.S. cities this summer. He's sent federal agents to stem violence in cities, warned of a way of life being "obliterated," and raised the prospect of falling property values.

The Republican president has also referenced the "defund the police" movement to scare voters away from rival Joe Biden, though the former vice president has not showed support for defunding police departments.

Trump recently tweeted a warning to "Suburban Housewives of America" that "Biden will destroy your neighborhood and your American dream."

"With Biden, our country wouldn't have a chance," Trump told reporters Wednesday.